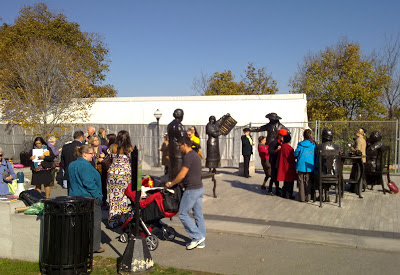 The Governor General's Awards in Commemoration of the Persons Case was created in 1979 to mark the 50th anniversary of this groundbreaking case, which changed the course of history for women in Canada. www.swc-cfc.gc.ca/dates/gg/index-eng.html

Every year, on Person’s Day, October the 18th, people gather at the statue erected to these five Alberta women known as the "Famous Five"—Henrietta Muir Edwards, Nellie McClung, Louise McKinney, Emily Murphy, and Irene Parlby—who had taken the case to the courts in 1927 to protest the fact that before their time, women were not considered as people when it came to Senate appointments.

These women saw this case to the Court of Privy Council, when on October 18, 1929, it declared that both men and women could be considered as “people” when it came to their appointment to the Senate Court of Appeal – the Judicial Committee of the Privy Council of Great Britain.

On a warm and sunny day, people gathered on Parliament Hill in Ottawa for tea and cookies at the statue to the five women who fought the case to have women recognized as “persons” in Canadian political life. 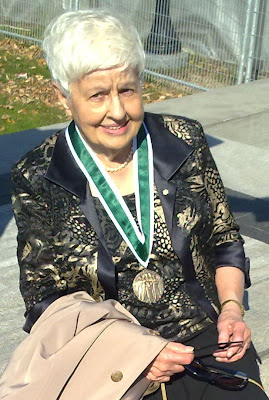 On hand to partake in the event was Corinne Gallant of Moncton, New Brunswick, one of the five recipients of this year's awards. The other recipients are Caroline Andrew, Régine Alende Tshombokongo, and two Youth Recipients, Saara Bhanji and Joanne Cave. Their biographies are listed at www.swc-cfc.gc.ca/dates/gg/index-eng.html#tab2 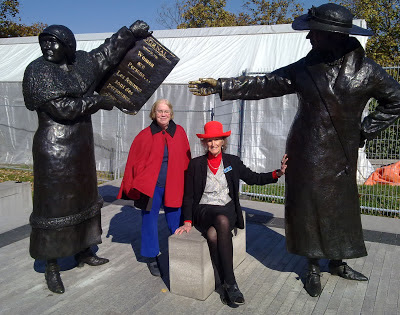 For more information, go to the following websites –