I am resting up from my three-day stint of going around at the BIFHSGO Conference, which held from Sept 18th to 20th at the Library and Archives Canada.

Saturday morning, I spent time visiting the different vendors, and can report that the Quebec Family History Society has cancelled its 2010 conference.

With Formula 1 auto racing returning to Montreal in June of 2010, and the tying up of all the hotels and conference rooms by the race teams and fans, it was decided to postpone the conference until 2011. 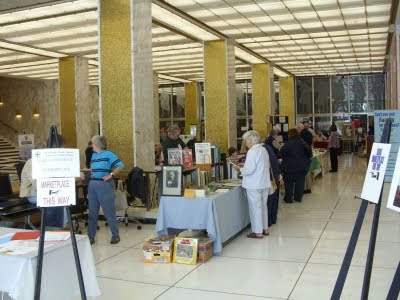 The second part of the marketplace was in Salons A & B on the main floor. When we were there, we saw lots of people buying such genealogical things asCDs and magazines. 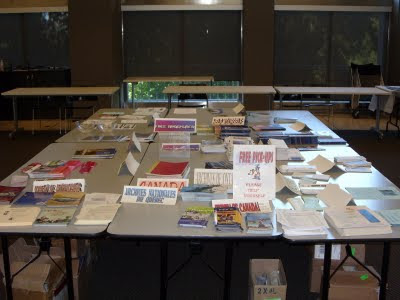 What caught my eye was the huge "For Free" table, right in the middle of the room. It had tourist information (maps, books, pamphlets) on it from Scotland, Ireland, England, and Wales. It was a joy to pick up everything about Scotland - my ancestral home!

We visited with Ed Zapletal from Moorshead Magazines, and he reported very good sales, as did other vendors. Here he is with co-owner, Rick Cree (left). 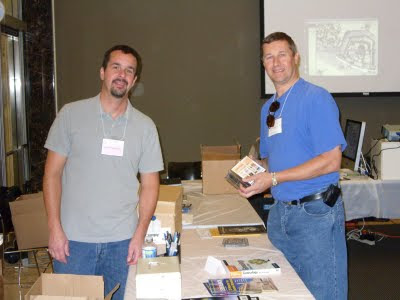 The next day, I took a minute to visit the Canadian Council of Archives to see how everyone was, and they told me that have a conference coming up in November called the "Archives & You". 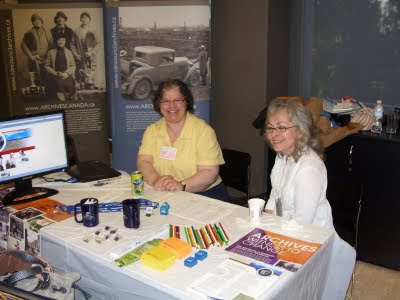 That should be fun to attend since it is just down the road from where we live, and on the second day, we will be visiting all sorts of archives in the cities of Ottawa and Gatineau (Quebec).