Canadian in Hong Kong Battle in 1941

In 1941, the Royal Rifles of Canada and the Winnipeg Grenadiers arrive in Hong Kong to back up the British garrison. The 1,975 Canadian troops were sent even though they were not considered fit for action. Of the Canadians units sent to Hong Kong, 557 were killed in action or died in prison camps.

In 2009, the Hong Kong Veterans Memorial Wall was unveiled in Ottawa. It lists the names of the 1,975 men and women that helped defend Hong Kong. The 17-day battle was Canada’s first military engagement of the Second World War.

To read more, go to https://en.wikipedia.org/wiki/C_Force

(Vidoe) UP NORTH ; The untold history of Northern Ontario's soldiers

Despite northerners contributions — and sacrifices — during both World Wars, two Laurentian University professors have found that very little has been recorded about the men and women from Northern Ontario who served.

(Photos) On the waterfront -- Toronto's “landmark”

Trying to preserve at large piece of a Toronto “landmark”

Over the past few months whenever my wife and I have had an occasion to drive along the busy Queen’s Quay, I take a moment to pull over to the curb at the foot of Yonge St.

Trail at Green Gables closed for upgrade next week

The Haunted Wood Trail at Green Gables in Cavendish, P.E.I., will be temporarily closed as the bridge on the trail is replaced starting Monday.

The oldest church building in Saint John is back on the market, 18 months after it was last sold.

St. George's Anglican Church on the west side was first put up for sale in 2014 after the parish cited financial problems and a decline in its congregation.

REMEMBERING OUR YESTERDAYS: Canadian Naturalization Index one of greatest tools for those looking for ancestors from outside British Commonwealth

Were your immigrant ancestors citizens of the British Commonwealth before coming to Canada between roughly 1915 and 1951?

Lest we forget: Why Remembrance Day must become a legal statutory holiday

On November 11, Canadians collectively paused to pay tribute to citizens who have defended this country. However, Remembrance Day is a statutory holiday for only some parts of Canada, as not all provinces recognize the day as a ‘day off.’ Manitoba, Ontario, Quebec, and Nova Scotia all have policies surrounding the observance of Remembrance Day, but they have not recognized it as a full statutory holiday.

History is what happens day to day, the little facts, people and places that make up the fabric of our lives. On Friday, November 25, Randy Boswell, former journalist at the Ottawa Citizen and professor of Journalism & Communication at Carleton University, will delve into the fascinating stories found in newspapers, the old Almonte Gazette in particular.

Dressmaker Fannie Parlee couldn't have known, as she stitched a richly-textured quilt, that she was piecing together fragments of Canada's history.

The James Bay Lowlands are the setting for a new TV drama that aims to tell Canada's history from a First Nations perspective.

The birthplace of Manitoba is coming alive Wednesday night with a unique, high-tech and totally immersive sensory experience.

Brandon University to save MPE archives

A huge collection documenting the entire history of Manitoba Pool Elevators is being put in order through a project at Brandon University’s (BU) S.J. McKee Archives.

A venue that features a Viking ship, a children’s “Garden of Imagination” based on the beloved stories of Hans Christian Andersen, and artifacts marking the arrival of the Danes to central Alberta over a century ago is a “treasure in the middle of nowhere”.

The Saskatoon Public Library drew inspiration from the Métis people of Saskatchewan when naming its newest branch.

A few of Saskatoon’s old parking meters have had colourful lives after their decommissioning and sale last year.

Everyone loves a grand circle, and this was mine: A 2,200-mile loop through British Columbia that showcased water, mountains, remnants of volcanoes and the storied sites of Canada’s gold-rush and fur-trade eras. 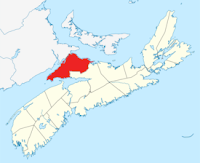 Although these was difficulty in accessing their new website last week, I was successful in contacting it this weekend, and it's the new website of the North Cumberland Historical Society in Pugwash, Nova Scotia.

This is a very good website which echoes the town of Pugwash's interest in genealogy and history. They have collections of extensive Family Files, cemeteries, original grantees of North Cumberland County, and obituaries.

Plus, the site gives the history of Alleton, Middleton, Conn's Mills, Victoria, Gulf Shore, and Wentworth.

Soldiers of the First World War

Library and Archives Canada is digitizing the service files systematically, from box 1 to box 10,686, which roughly corresponds to alphabetical order. So far, we have digitized the following files: Latest box digitized: Box 6052 and the surname of Mattineau.

Please check the database regularly for new additions and if you still have questions after checking the database, you may contact the LAC directly at 1-866-578-7777 for more assistance, or you may contact myself at genealogyresearch@aol.com to photocopy the complete service record, or explain certain records for you. 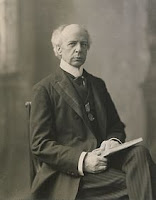 Do you know that Sir Wilfrid Laurier had the largest unbroken term of office as Canada’s seventh prime minister? He was one of the most colourful prime ministers of his time, and his passion for the office and for Canada can be seen in the numerous letters that he wrote to his wife, Zoe.

In addition to podcasts at http://www.bac-lac.gc.ca/eng/news/podcasts/Pages/wilfrid-laurier.aspx, they have also put photos on Flikr at https://www.flickr.com/photos/lac-bac/sets/72157675154507805