The provincial flag of Quebec was first hoisted on 21 January 1948. Quebec Flag Day, however, is celebrated on 24 May.

The flag contains white fleurs-de-lis on a blue field (which is colour Pantone 293). The flag's horizontal symmetry allows both sides of the flag to show the same image.

To read the history of the flag, and other interesting tidbits, go to http://www.crwflags.com/fotw/flags/ca-qc.html

The Saskatoon Heritage Society is hopeful a provincial board will recommend the Third Avenue United Church be designated a municipal heritage property.

The church at 304 3rd Ave. North, which first saw construction in 1911, was up for consideration during a Monday evening meeting of city council.

A recent decision to rename Calgary’s Langevin Bridge because of its namesake’s connection to residential schools is spurring calls to change the name of the building in Ottawa that houses the Prime Minister’s Office.

A North Carolina woman says DNA testing has revealed that she is Beothuk, a descendant of an Indigenous people from Newfoundland whose last known member died in 1829.

A newly-minted $100 coin and a 2017 Canada Post stamp will commemorate the 100th anniversary of the Halifax Explosion.

Pre-orders are being taken for the $100 gold coin designed by Canadian artist Jamie Desrochers, which is expected to be popular among collectors after its Feb. 7 release.

The past, present and future will all be celebrated during this year’s African Heritage Month, which will be given an official launch in Amherst on Monday, Jan. 30.

Members of New Brunswick’s black community say the time has come to bury a word once used in polite company, but is now considered offensive.

The word “Negro" is still being used as a name for roads, neighbourhoods and historic breakwater in the province.

It’s John Diefenbaker as you’ve never seen him — standing on a chair, an intricate miniature statue of the 13th prime minister in a quirky exhibition that captures 150 years of Canadian political history.

It was the ultimate backwoods fixer-upper.

A dedicated group of Nova Scotians has worked to restore a nearly century-old log cabin deep in the woods of southwest Nova Scotia that's considered part of the province's heritage.

Members of New Brunswick’s black community say the time has come to bury a word once used in polite company, but is now considered offensive.

The word “Negro" is still being used as a name for roads, neighbourhoods and historic breakwater in the province.

Several New Brunswick place names — like the Negro Point Breakwater in west Saint John, and Negro Head in Lorneville — are reminders of the province's racist heritage and should be changed, according to Ralph Thomas of PRUDE.

As Canada celebrates its 150th year of Confederation, Mi'kmaq Warrior Chief John Levi says First Nations people are still struggling with poverty and he's made a call to action to remind the country of its shortcomings.

A story a day to celebrate Black History Month
http://www.metronews.ca/news/toronto/2017/01/20/a-story-a-day-to-celebrate-black-history-month.html

While Black people make up 2.9 per cent of the Canadian population, according to the 2011 Statistics Canada numbers, Casey Palmer believes most of what’s reported in mainstream media isn’t necessarily reflective of his actual community.

Ryan Gosling and a brief history of Canadian actors at the Oscars
http://www.cbc.ca/beta/arts/ryan-gosling-and-a-brief-history-of-canadian-actors-at-the-oscars-1.3938260

So with our fingers firmly crossed for Gosling come next month (his hometown of London, Ont. might be something of a good luck charm, as you'll quickly see), let's take a quick look back at the 19 Canadian-born actors that join him in the all-too-exclusive club.

Jim Watson, the mayor of Canada’s capital, joined the Ottawa 2017 briefing in progress. He talked about the city he clearly loves and currently runs, sounded excited, then handed the reporter a puck.

“Most mayors hand out medals,” he said. “But I hand out pucks. So there you go …”

Canada has an interesting history with its national flags.

Canada came into being in 1867 and usually when a country is formed, one of the first things it does is create a flag as part of its new and distinct identity. That didn’t exactly happen in the Dominion of Canada.

A Belgian woman's plea for help to find the Canadian soldier she thinks is her biological father has captured the attention of thousands of people around the world, prompting Canadians to dig into the military pasts of their own families and to scour archival websites to try to solve the mystery

A provincial review board will consider granting a heritage designation for Third Avenue United Church in Saskatoon after its former owner objected to granting protection for the historic building.

Whether country and western, polka or tango, community dancing has been enjoyed as a pastime in Lethbridge for generations.

In the early 1950s square dancing soared in popularity. An estimated 1,500 people in Lethbridge belonged to a club, and the waiting period for admission to membership into one of the city’s clubs was as much as a year.

The introduction says that “The Fredericton Soldier Biography History Initiative brings together middle school students from George Street Middle School with educators, historians, archivists, and community members to help build greater awareness of soldiers named on the Fredericton Cenotaph and their families. It is also the goal of the project to highlight the historic complexities of New Brunswick societies during the Great War period, including the experiences of women, First Nations, African Canadians, and immigrant populations”.

If you go to the Name Index at http://archives.gnb.ca/Exhibits/SoldierBiographyHistoryInitiative/NameIndex.aspx?culture=en-CA, you will see the names of soldiers with background information, and war experience.

The website of the New Brunswick Archives is http://archives.gnb.ca/archives/default.aspx?culture=en-CA 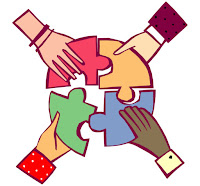 Do you know that this is the first time the Ontario Genealogical Society Conference has had a Social Media Team?

So we, along with other bloggers, have been tasked with the responsibility of telling our readers about the conference, and we will be there at the conference telling you what is going on.

So stayed tuned. We will be your place for news on the conference.

To read more about the conference, go to https://conference2017.ogs.ca/

Sponsored by Elizabeth Lapointe Research Services. To learn more about the research services offered by ELRS, go to www.elrs.biz The email is genealogyreserch@aol.com

(c)2017 All rights reserved.
Posted by Elizabeth Lapointe at 12:30 AM 9 comments: Links to this post