The one exception, was Newfoundland, where Britain resumed direct rule as they did before 1931. That arrangement remained until Newfoundland became a province of Canada in 1949.

After years spent sitting empty the old Kings County Courthouse is once again bustling with activity, as staff from the town of Hampton began moving into their new office quarters this week.

At one point many feared the 145-year-old building would be demolished when the province closed it in 2013 without a buyer in sight. The municipality bought the historic structure for $1 and has been renovating it since earlier this year.

An archaeological dig has uncovered material that dates back more than 2,000 years on the Exploits River.

Laurie Maclean, an archaeologist, and Don Pelley, dig assistant, spent two weeks in November sifting through mud, clay and dirt on the edge of the river in search of items that belonged to the Groswater Paleoeskimos.

Africville and the 1917 Halifax Explosion

Shortly after 9 a.m. on Dec. 6, 1917 a vessel carrying munitions exploded in the Narrows of Halifax Harbour, devastating much of the north end of the city. Two popular myths have emerged from that event: Africville, a black neighbourhood on the shores of Bedford Basin, escaped destruction, sheltered by the heights of the Halifax peninsula; and, following the explosion, Halifax Relief authorities deliberately denied reconstruction aid to Africville. Although mutually-exclusive, neither myth bears close scrutiny.

Some family history at Fort Gaspereau

I prefer to think that it is true since it fits what I know of my family tree. After all my grandfather, who was born in the mid 1800s, has a name on his birth certificate that you all will recognize, Charles Tupper MD.

After years of sitting idle and as a potential hazard, the Nova Scotia government is hoping to sell the historic Dennis Building in downtown Halifax to a developer in the new year.

The minister responsible for the file, Labi Kousoulis, wants the issue settled as soon as possible.

She's often described as "Canada's Rosa Parks."  but if anything, Rosa Parks is America's Viola Desmond.

The civil rights icon and new face of the Canadian $10 bill refused to give up her seat in a whites-only section of a Nova Scotia movie theatre nine years before Parks's famous act of civil disobedience on a racially segregated bus in Montgomery, Alamba.

Here's a look  at what was making the news 35 and 50 years ago in the Hants Journal.

Politicians have been trying to restore and repaint a historic Quebec City bridge, known as the Pont de Québec, for nearly a quarter of its 97 years of existence.

Its almost identical twin in Edinburgh, Scotland, on the other hand, is sporting a new paint job.

Seventy-one years ago Mavis Chu Lew Garland and eight of her preschool classmates were photographed on the porch of the Chinese Canadian Institute on the corner of Dundas St. W. and University Ave.

The small isolated farm in southern Ontario was the perfect spot.

It was the allied training camp for spies.

Commending Ontario legislature for passing the bill proclaiming November as "Hindu Heritage Month", Hindu community is urging the Canadian Parliament, other nine provinces, and three territories of Canada to do the same.

History Matters: Asked for bread, given a stone; the 1910 Farmers' Siege of Ottawa

In the summer of 1910, Prime Minister Sir Wilfrid Laurier embarked on a gruelling, two-month rail tour of western Canada.

Officially, the visit would give the prime minister the chance to see first-hand how the region had changed so dramatically during his time in office. The more likely explanation, though, was that Laurier was genuinely worried about the rumblings coming from the farm community.

And there was good reason.

The ANAVETS revealed their plan for a memorial park dedicated to veterans of the Afghan War on Friday.

The ANAVETS originally looked at placing the memorial at Veterans Park, but a land survey indicated the land used to be a 1950s high-water catch basin and to remediate would cost $1.5 million.

The memorial park will feature a black marble cenotaph, a tank, and landscaping.

A commemorative monument to honour the contributions of Chinese-Canadians to BC’s history, culture and economic prosperity has been unveiled in Kelowna.

Cowley – A Village with History

The story behind its toponym (name history) apparently has to do with F.W.Godsal a pioneer rancher in the Cowley area. This was not the towns first name however as it was originally known as French Flats, as most of the early (white) residents that came there were French in origin. Nouveau-Brunswick and Quebecois families with names like LaGrandeur and Barbeau settled in the area around 1882.

Losing two of Canada's wartime prime ministers from the country's $50 and $100 bills won't be a step backwards for a country that has plenty to learn about itself, a pair of leading history buffs say.

Canadian legislators have introduced a bill to designate the month of May as Canadian Jewish Heritage month. 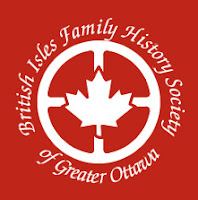 The British Isles Family History Society of Greater Ottawa (BIFHSGO) has issued a Call for Proposals for its 23rd annual conference in Ottawa in September 2017.

This year, they will highlight the genealogy of England and Wales family history, and Methodology, e.g., evidence analysis, genealogical proof standard, FAN (friends, associates and neighbours), and appraising the credibility of documents.

For more information about submitting proposals, you can go to http://www.bifhsgo.ca/cpage.php?pt=125

A new exhibit, called Treasures From LAC Gallery, will be created within the Canadian Museum of History.

The news story says that “ the gallery will showcase some of Canada's most historically significant documents from LAC's collections, making them more accessible to Canadians and enhancing public understanding of Canada's history and heritage.”

So next time you are at the museum, be sure to check-out the CMH-LAC exhibit.

To read more about the story, go to http://www.newswire.ca/news-releases/the-canadian-museum-of-history-and-library-and-archives-canada-collaborate-on-new-exhibition-gallery-604854366.html

What does the Trump election have to do with the Internet Archive of Canada???

If you read on, they say “The Internet Archive feels that this move is necessary in order to support their key mission: “to give everyone access to all knowledge, forever. For free.” We try to stay non-political here at Techaeris, but there is no telling what will transpire over the next four years with regards to net neutrality under a Trump presidency".

So it appears that the Trump effect has made its way into Genealogy! Who knew?