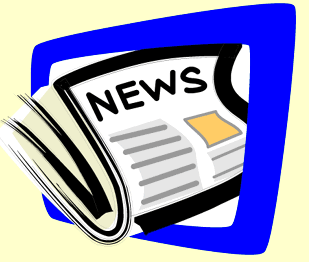 In 1922, fire destroyed the great basilica of Ste-Anne-de-Beaupré, Quebec. The shrine was built in 1658 by sailors who were saved from shipwreck.
The website is at http://en.wikipedia.org/wiki/Basilica_of_Sainte-Anne-de-Beaupr%C3%A9

In 1918, conscription riots broke out in Quebec.
The website is at http://en.wikipedia.org/wiki/Conscription_Crisis_of_1917

In 1809, the Labrador Act gave Labrador to Newfoundland. This was later disputed by Quebec, and a final decision was not made until 1927.
The website is at http://en.wikipedia.org/wiki/Labrador

(Photos) Historic note
http://www.newsoptimist.ca/community/local-culture/historic-note-1.1812346
The former Beth Israel Synagogue in North Battleford at the corner of 105th Street and 14th Avenue was renovated as a residence in the 1990s.

(Photos) Machine gun restoration project under way
http://www.insidebelleville.com/news-story/5533760-machine-gun-restoration-project-under-way/
A pair of 100-year-old German guns, taken as souvenirs at the end of World War I, will be temporarily removed from the cenotaph on Highway 14 to be refurbished thanks to the efforts of the local branch of the Royal Canadian Legion and the Stirling-Rawdon Historical Society.

(Photos) An old bell’s real story may never ring out
http://www.therecord.com/news-story/5533473-an-old-bell-s-real-story-may-never-ring-out/
In Bob Steward's Guelph living room is a storied relic from a disaster that occurred on the Irish Sea more than 130 years ago.
It is also associated with a ship that played an important role in the history of Newfoundland. Stamped into the metal is the name "Solway" and "1881".

Heritage Trust recognizes Corkum
http://www.kingscountynews.ca/News/Local/2015-03-29/article-4093986/Heritage-Trust-recognizes-Corkum/1
Richard Corkum of Kings County has been congratulated by the Heritage Trust of Nova Scotia for his commendable stewardship and understanding of the special needs of heritage buildings.

Breton students invited to take part in Heritage Day design contest
http://www.capebretonpost.com/Living/2015-03-30/article-4094969/Cape-Breton-students-invited-to-take-part-in-Heritage-Day-design-contest/1
The Department of Communities, Culture and Heritage is looking for unique and original submissions. One or more designs could be used to inspire the creation of an official Nova Scotia Heritage Day flag. Designs may be subject to modifications and the final design will be revealed for Nova Scotia Heritage Day 2016.
Deadline for submissions is June 1st.
Guidelines, registration and consent forms are available at http://heritageday.novascotia.ca

Vacation adventures
http://www.theenterprisebulletin.com/2015/04/01/vacation-adventures
After a week vacation visiting our eastern neighbour of Québec, I’m back to cover all the news and events here in the Georgian Triangle.

Courtroom artist David Louis Wall is in session
http://www.thestar.com/entertainment/visualarts/2015/03/27/courtroom-artist-david-louis-wall-is-in-session.html
For 13 years, David Louis Wall has painted in Toronto’s courthouses. Nearly everything he creates is donated to the Archives of Ontario. He earns no money for this work.

Truth and Reconciliation Commission: churches plan supportive events
http://rabble.ca/blogs/bloggers/dennis-gruending/2015/03/truth-and-reconciliation-commission-churches-plan-supportive
On June 2, the Truth and Reconciliation Commission (TRC) will release its report on the legacy of residential schools. The TRC was appointed by the federal government to examine the legacy of the schools back in 2008. It’s documented what happened there and held events at which survivors came forward to tell their stories.

Exploring historical dresses and the women behind them
http://www.kingstonregion.com/news-story/5531542-exploring-historical-dresses-and-the-women-behind-them/
It is possible to learn about a person’s personality and their history simply by analyzing a person’s garments. This is what dress historian Elaine MacKay and textile conservator Emma Neale learned a lot over the past three months.

Winnipeg artist brings his paintings of historic grain elevators to Neepawa
http://www.neepawapress.com/news/local-news/winnipeg-artist-brings-his-paintings-of-historic-grain-elevators-to-neepawa-1.1810735
An artist born in rural Manitoba before moving to Winnipeg, Joel Bouchard travelled to Neepawa this past Friday to exhibit his collection of paintings of an important part of Manitoba's farming history during a gallery showing at the Viscount Cultural Centre.

A bit o’ England on the Canadian prairie
http://www.leaderpost.com/England+Canadian+prairie/10932879/story.html
But if one could magically go back in time, say, 125 years, the large house was impressive indeed. Twenty-two rooms, a colony of madcap expat Britons plus fox hunting, cricket and lawn parties.

Saskatoon's Broadway Theatre to undergo facelift
http://www.cbc.ca/news/canada/saskatoon/saskatoon-s-broadway-theatre-to-undergo-facelift-1.3018422
The lobby of Saskatoon's Broadway Theatre is going back to its roots. The executive director of the theatre, Kirby Wirchenko, said the renovations will improve service and restore the lobby to its original look when it opened in 1946.

Alberta government and City of Edmonton find money for the preservation of the McDougall United Church
http://www.edmontonsun.com/2015/04/01/alberta-government-and-city-of-edmonton-find-money-for-the-preservation-of-the-mcdougall-united-church
The 105-year-old church, located on 101 Street just south of Jasper Avenue, served as the first seat of the provincial legislature and first home of Edmonton's symphony and opera, and more recently has fallen into disrepair.

The Canadian nation celebrated Easter last weekend, but there were other celebrations taking place recently.

The Maple Leaf Tartan was created in 1964 by David Weiser in anticipation of the 100th anniversary of Canada's confederation in 1967.

As you can see by the photo, it is a very beautiful tartan as the colours of the maple leaf through the changing seasons became the basis for the design. The pattern incorporates the green of the leaves' summer foliage, the gold which first appears in the early autumn, the red which appears with the coming of the first frost, and the brown tones of the fallen leaves. It was made an official national symbol by ministerial declaration on March 9, 2011.

I can see why this design proved to be very popular throughout Canada.

If we ever needed anyone to show true Canadian grit it was Terry Fox, the young man who ran across Canada from Newfoundland to Ontario in the summer of 1980 - his leg having been amputated because of cancer. This year, the Canadian Museum of History in Ottawa has an exhibit of him and his Marathon of Hope, entitled Running to the Heart of Canada, which will run until January 24, 2016.

The goal of the Marathon of Hope was to raise money for cancer research by running across Canada. He started by filling a jug with water from the Atlantic Ocean, near St. John’s, Newfoundland. He intended to dump it into the Pacific Ocean at the end of his journey, which was tragically cut short 143 days later in Thunder Bay, Ontario.

The exhibition also features two of Terry’s prosthetic legs, the camper van that his used as his home as he ran across Canada, and a database containing the scans of some 60,000 cards and letters that supporters sent to Terry during his run, which visitors can search through. Isn’t that neat?

To read more about the exhibit, go to http://www.historymuseum.ca/terryfox/

If you missed last week’s edition, it is at http://genealogycanada.blogspot.com/2015/03/canadian-week-in-review-30-march-2015.html 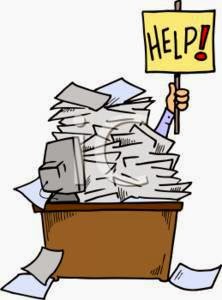