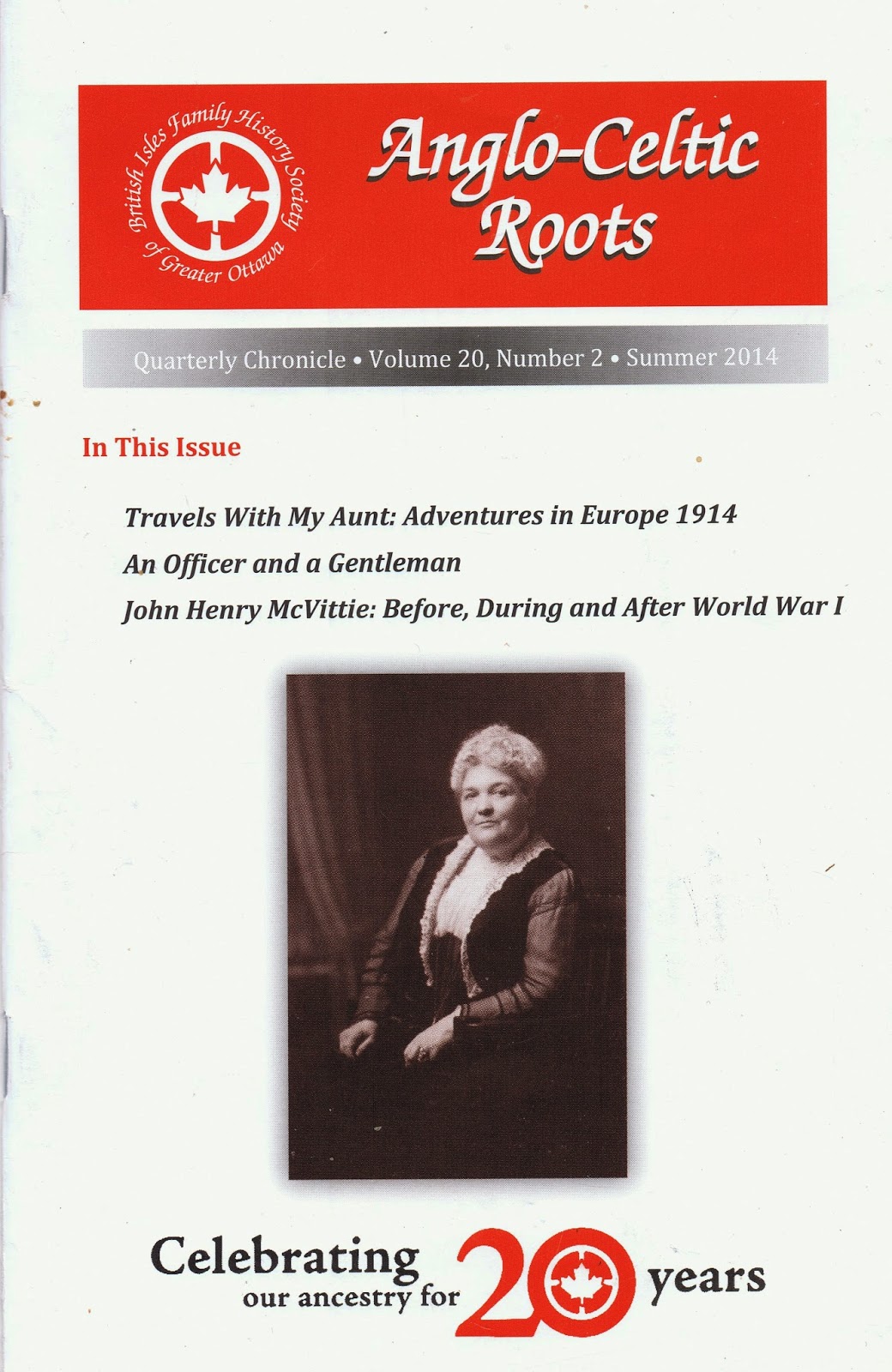 Tagged as a “Quarterly Journal”, the publication of the British Isles Family History Society of Greater Ottawa (BIFHSGO), called Anglo-Celtic Roots, issued their summer edition, and it has three interesting articles –

Travels With My Aunt: Adventure in Europe 1914 by Barbara Tose. I read this article over about three times because it was so gripping, and I have a soft spot when it comes to travel stories.

It involves a group of travellers led by James L. Hughes of Montreal, who, in 1914 (just before the start of the First World War) went to England and Europe. And one of those traveller was Tose’s great-great aunt, Ellen Margaret Miller, from Lindsay, Ontario.

An Officer and a Gentleman by Andrew Billingsley is the recounting of Thomas Alexander Rowat’s experiences in the First World War. He is the author’s great-uncle.

He belonged to the Divisional Cyclists, and they were used to carry messages bask and forth between the division headquarters and the battlefield.

By the summer of 1917, fighting had become unbearable, and on June 26, Lieut. Rowat was killed, and he is buried in Villers-au-Bois, France.

BIFHSGO is celebrating its 20th anniversary this year, and the conference will be held September 19-21, 2014 in the Library and Archives Canada in Ottawa.

Their website is http://www.bifhsgo.ca.
Posted by Elizabeth Lapointe at 8:39 AM No comments: