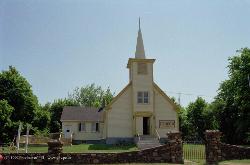 This is the roster of speakers for the summer series of “Talks” at Keir Museum, Malpeque Route 20 for the summer of 2015. The Malpeque Historical Society has been presenting these talks relating to the history and people of Malpeque and Area for the past 16 years.
The talks are held each Wednesday morning at 10:00 a.m. beginning on July 15th and ending on August the 12th. Go and join them and bring a friend!
July 15 - Stories and Songs of the Sea by Leon Gallant.
July 22 - Birds of P.E.I. by Gerald MacDougall
July 29 - Island Heroine: Great War Nurse Lillian Pidgeon of Kensington by Katherine Dewar
August 5 - Maps and the Army:The Military Career of Samuel Holland by Earle Lockerby
August 12 - Over and Under the Darnley Bridge: songs and stories of the Island by Cindy C. Stone
If you happen to be in PEI this summer, why don't you take in one of these talks, especially if you have ancestors that came from the island.
You can go to the website at http://www.malpequebay.ca/keirmuseum.htm
=====================================================================

It’s the ONLY news blog of its kind in Canada!
Posted by Elizabeth Lapointe at 9:10 AM No comments: