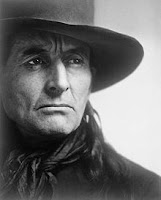 On this date, Grey Owl--the Englishman who thought of himself as an aboriginal, and became a best-selling author, lecturer, and a pioneer in the world’s conservation movement--died.

As a child, he had been fascinated by tales of the Canadian wilderness that he had read about as a child, which was in sharp contrast to his own life growing up in England. He decided to leave home, and come to Canada.

He was a popular columnist and author, and it was only after his death that people came to realize that he was really Archibald Stansfeld Belaney from Hastings, England, born September 18, 1888.

For further information, go to https://en.wikipedia.org/wiki/Grey_Owl

In April 1`945, toward the end of the Second World War, the allies of Britain and Canada entered the Bergen-Belson concentration camp, to free the Jews sent to the camp by the Germans.

After negotiations, the camp was declared a neutral zone, and the Allies forces entered on April 15. The combined British forces, augmented by Canadians, entered the camp, only to be horrified at what they found.

Council unanimously rejected the bylaw changes, which would have prohibited the creation of lots with less than 35 metres of frontage in the area of Saint Anne's Point.

The property, though, is about to get some fresh seed and become a sanctuary for wild pollinators like bees and butterflies, thanks to a partnership between the City of Kelowna and UBC-Okanagan.

Curt Speight, an Amherst man, was recently made an honorary friend of the Clan Maclean Heritage Trust for the work that his company, Amherst-based IR Mapping, did mapping the family’s Scottish history.

Nova Scotians were surveyed, and 71 per cent of those surveyed said they generally identify with their region of the province first, then the province overall.

That's how Rachelle Gauthier describes her Acadian heritage in a moving video she recorded as part of a national contest sponsored by the Social Sciences and Humanities Research Council (SSHRC).

If you want further information on how to show how research funded by the council is "making a difference in the lives of Canadians" in a three minutes on video or in 300 words, then you can go to the SSHRC website at http://www.sshrc-crsh.gc.ca/home-accueil-eng.aspx.

JOY OF GENEALOGY: Family history can save lives

April is Health Awareness Month, the perfect time to branch out and create a family medical tree from your family genealogy research.

Municipalities provided an astonishing variety of records, all of them local (by definition!) and many just loaded with names of people living in that locality.

Fraser Dunford, who is the Amateur Genealogist, has a new book called Ontario Land Records: a Beginner's Guide, which is available at the Ontario Genealogical Society (OGS) at their e-store at https://ogs.on.ca/ogsnewcart/. There will be a review of the book in the May issue of the OGS Families.

As the anniversary of the Battle of Vimy Ridge passed on April 9, The Vimy Foundation has several events planned to commemorate this historic event in Canadian and world history.

Why Canada Is Going to Apologize to India’s Sikhs

Did you know that the government of Canada will formally apologize next month for turning away hundreds of Indian immigrants from its shores more than hundred years ago?

The event in 1914 is known as the “Komagata Maru incident,” after 376 people, mostly Sikhs from Punjab in British India, were denied entry into Canada.

The chartered ship they were traveling on was forced return to Kolkata and when it arrived in India, British soldiers killed more than a dozen passengers.

Canadian soldiers that were holed up in caves up to 30 metres underground, in a chalk mine, in northern France as they prepared to join the attack on Vimy Ridge in April 1917, they left carvings on the wall which were discovered a number of years ago.

Old fire hall among Regina buildings to get heritage protection

Members of Regina's Municipal Heritage Advisory Committee will meet when they will consider recommendations to add four buildings to the city's list of properties that merit special protection from alterations.

The four buildings are -

Frontenac Apts. which was built in 1929 and is located at Location: 2022 Lorne Street.

Weston Bakery which was built in 1919, and is located at 1377 Hamilton Street (Hamilton and 8th Avenue). 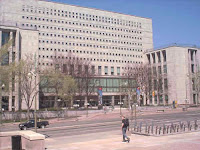 Library and Archives Canada is systematically digitizing the service files of CEF soldiers from World War One, from box 1 to box 10686, which roughly corresponds to alphabetical order. Right now, they have digitized Box 4617 and the surname Hunt.

Please check the database regularly for new additions, and if you still have questions after checking the database, you may contact them directly at 1-866-578-7777 for more assistance.

On a personal note, my husband, Mario, currently a member of the Canadian Armed Forces, has had the unique opportunity and distinct honour and pleasure to work with these old and fragile (yet, very informative) personnel files at the LAC's Preservation Centre in Gatineau, Quebec. He says that the experience of handling a member's records, and, at times, x-rays and personal mementos within these files, is one he won't soon forget. 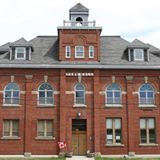 Glace Bay, in the Cape Breton Island, has launched a new website, and the public was invited to the Glace Bay Heritage Museum in the Old Town Hall this past week to celebrate the launch of the museum's new website.

The two-floored museum holds such things as the Marconi Room, where first Trans Atlantic Wireless Service was established between Table Head in Glace Bay and Ireland in 1907, and The Council Chamber, just to name a few of the exhibits.

A church could become a genealogy centre in Quebec City 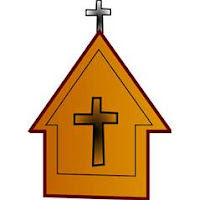 Église St-Jean Baptiste, located on St-Jean Street in the heart of the city, could house a genealogy centre for francophones across North America.

There are approximately 14-million people who are of French-Canadian descent in the northeast United States, besides people from France and all over the world who would be interested in this genealogy oasis in the centre of the city.

Built in 1881, the church held the last mass last May 2015 because it couldn't afford the $10 million in necessary renovations. Not only do Espace solidaire hopes to open a digital genealogy centre, but also to re-open the closed community spaces and develop a welcome centre.

The City of Quebec has given the Espace solidaire funds to conduct a feasibility report, and once that is finished (and hopefully the city votes for the development in a positive way), work can begin on the project.

I will keep you posted!