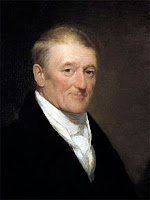 In 1763, brewer-banker-steamship builder-politician John Molson was born in Spalding, England. He died in 1836.

John Molson, & Sons, was the first company to start the St. Lawrence Steamboat Co. , and provided many of the emigrants passage from Quebec City down to Montreal.

For more information, go to https://en.wikipedia.org/wiki/John_Molson

In 1795, plans for building Toronto's Yonge Street were first proposed. The 48-kilometre road, from York (now Toronto) north to Lake Simcoe, was one of the earliest highways in Canada and is still one of the most important roads in Ontario. It was named for Sir George Yonge, then secretary of state for war in the British government. The road was completed in April, 1796.

For more information, go to https://en.wikipedia.org/wiki/Yonge_Street 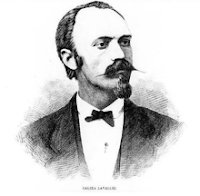 In 1842, Calixte Paquet dit Lavallée, the composer of our national antham, O Canada, was born in Vercheres, Lower Canada (now Quebec). The song, with words by Judge A.B. Routhier, was composed for a national convention of French Canadians held in Quebec City in June, 1880.

For more information, go to https://en.wikipedia.org/wiki/Calixa_Lavall%C3%A9e

On St-Gabriel St. in Old Montreal, Françis Lemaire and his team of mortar-stained men are slowly rebuilding the street as it was done 200 years ago, one granite stone at a time.

Visitors at the former Sydney Steel site will be able to explore the plant's memories using smartphones.

The site turned into a commercial and recreational park with walking trails and playground after the plant closed 15 years ago.

Registration will be open very soon, but I am writing you now to let you know that we have just issued a supplementary call for presentations on late-breaking cutting-edge developments.

The Supplementary Call can be found online at www.ogs.on.ca/conference/new-call/, and the full text of the Call is also set out below for your convenience.

With Canada's 150th birthday a little over a year away, regional municipalities are stepping up efforts to promote the heritage of southwestern Nova Scotia.

Windsor - With an official proclamation in hand, the 84th Regiment of Foot can now officially walk through the Town of Windsor.

Christmas Day 2015 marked the 74th anniversary of the fall of Hong Kong to Japanese invading forces.

A military tradition centuries in the making continued on New Year’s Day in Thunder Bay.

Members of the Lake Superior Scottish Regiment opened the doors of the O’Kelly Armoury to the public on Thursday, toasting Queen Elizabeth II while looking back on the past year and ahead to 2016.

A set of journals written by William C. White, held in the archives of Manitoba, contains daily entries from those years.

7 names for Calgary before it became Calgary

Calgary was incorporated as a town in 1884, but it was known by many names before that. 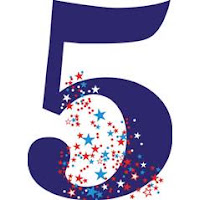 From my vantage point in Canada's capitol area, five top stories that have occupied our minds this year has made the list, and they are -

1 . Remember this? In January, Canada was atwitter with the news that we would have a new National Genealogy Conference in Canada at Historic Pier 21 in Halifax, Nova Scotia on July 17 - 19, 2015. But as time progressed, and the cost was revealed to be more than the average Canadian could afford, enthusiasm started to wane for the conference. By June, it had been cancelled. So much for that idea.

But then, in December, another conference had been announced. This time, it came from southern Ontario, and it would be the Great Canadian Genealogy Summit. This time, it is being put on by a trio of Canadian genealogists and I think stands a better chance of making a success of it this time. The cost is reasonable, and it has stuck with some genealogy 'truesms” like, a day of pre-conference workshops.

2. Ancestry is going to drop the production of their popular sofyware package, Family Tree Maker, effective December 31, 2016. This struck us like a ton of bricks in December! We were't even pre-warned of this coming.

So we have exactly one year to decide what we are going to do. One thing is for sure, even if we didn't already have our tree on our device of choice before this was announced, we will have it on our computer now.

3. The continuing drop in membership for genealogical societies and the moth-balling of a number of branches of the Ontario Genealogical Society (OGS) is not good news. What shall we do? This has been going on for at least five years now, and is doesn't look like it is stopping. Which leads to the question – will there be the genealogical societies in Canada five years from now? If so, what will they look like? Who will be the members? Will they exist only on the Internet, like the Waterloo Branch of the OGS does now?

4. The advent of crowdsourcing for genealogical societies and for special events. As you know, I have been covering the Saskatchewan Genealogical Society this year, and they were successful in revealing their 2015 goal. They quite plainly told people that if they did not reach their goal, they would have to close. And the Centre for Scottish Studies at the University of Guelph tried crowdsourcing for their work in having a special place put aside for digitizing your family history. It is crowdsourcing with a purpose – so give it serious consideration when genealogical organizations ask for your help.

5. Reduction of social media in 2015. Well, at least this is so in new blogs. Geneabloggers used to list at least a dozen new blogs every Saturday, now it is something if there are 2 or 3, so blogs have definitely dropped in popularity. I just checked, and today (Saturday, 2 January 2016) there is 1 new blog! Facebook is still holding its own, but is more of a 'greet and meet' exchange medium, rather than an exchange of genealogical information, and Twitter, I find the same way. So has social media really changed the genealogy scene that much? I don't think so.

And a special mention should be made of this special announcement in December, which is that the information amassed by the Aboriginal Truth and Reconciliation Commission has necessitated the opening a NEW archives at the University of Manitoba called the National Research Centre.

The centre will hold thousands of video and audio-recorded statements that the Commission has gathered from the survivors and others affected by the schools. In addition. there will be millions of digitized archival documents and photographs it is collection.

Canada's ONLY genealogy, heritage and history newspaper since 2012.
Posted by Elizabeth Lapointe at 12:30 AM 1 comment: