Transport Canada wants your ideas for the naming of a new ferry which will cross the Bay of Fundy between Digby, Nova Scotia and Saint John, New Brunswick.

Greg Kerr, MP for West Nova, at a meeting in Digby, said the name should have some regional significance, and has to mean something to people on both sides of the Bay of Fundy.

One name which he said he had heard has been Samuel de Champlain, the French explorer and cartographer who made the first accurate map of the coast of Canada. But all ideas of a name are welcome.

There are guidelines for you to follow, and some of them are -
Forms are available at the ferry terminals in Digby and Saint John, as well as online at http://www.ferries.ca/naming.

Get creative with The Armchair Genealogist! 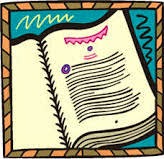 Lynn Palermo, aka The Armchair Genealogist—a long-time Canadian blogger and family history writer—is encouraging everyone to get creative, and turn their family history research into stories by being a part of The Family History Writing Challenge - which runs from the 1st to the 28th of February.

For details on the challenge, to register, and take advantage of other incentives, such as receiving the Daily Dose newsletter, please visit her site at http://www.familyhistorywritingchallenge.com.

So how about you? Are you ready for the challenge??