In the spirit of providing readers of this blog with some great news about a terrific product, here is the latest news from Malcolm Moody of Archive CD Books Canada Inc. -

"WE HAVE CAUGHT SALES FEVER!

We have marked down ALL of our Canadian made CDs by UP TO 50%.

Sale prices are shown in the catalogue and will apply in the Shopping Cart.

(Sorry sale does not apply to Gleanings. They are ALWAYS at the minimum price.)

Don’t know how long we can keep this sale up. Shop early!"

Hurry to our Canadian Catalogue at:
http://www.archivecdbooks.ca/index.cfm?fuseaction=store.viewCatalog&lstCtl=8&lstCat=&lstSCat=#cat8

And here is a link to a review I recently did on them at http://genealogycanada.blogspot.com/2011/12/archive-cd-books-project.html
Posted by Elizabeth Lapointe at 2:04 PM No comments: 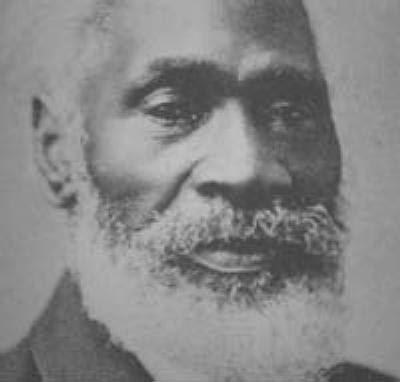 Josiah Henson (June 15, 1789 – May 5, 1883). He escaped to Dresden, Ontario in 1830, and founded a settlement and labourer's school for other fugitive slaves from the United States. He became the main character in Harriet Beecher Stowe's novel, Uncle Tom's Cabin. You can visit the Uncle Tom's Cabin website at www.uncletomscabin.org.

It is thought that the first Black person to live in Canada was Mattheu Da Costa in 1605. He had come to Acadia with Samuel de Champlain (commonly referred to as the “Father of Canada”) on the ship, Jonas, from France.

Da Costa was the interpreter for the French with the Mi’kmaq natives of Nova Scotia, having been in Canada on previous occasions.

Here are some of the websites of Blacks in Canada -

Africville: The Spirit Lives On www.africville.ca This was a settlement of people of African descent who were former slaves, escaped slaves, and free people. In the 1960s, the community was destroyed in the theme of “urban renewal", but as the website says, “the community spirit continues to thrive today through annual gatherings and in the stories and photos of an aging generation”.

The Black Loyalist Heritage Society www.blackloyalist.com They are in the process of building a new centre to display the Black Heritage of Birchtown, Nova Scatia. There is also the Old School House Museum on site.

Black Cultural Centre for Nova Scotia www.bccns.com They just celebrated their 28th Anniversary this year, and they have just completed the 2011 Museum Renovation.

Tomorrow's Post: French-Canadian Societies
Posted by Elizabeth Lapointe at 6:00 AM No comments: