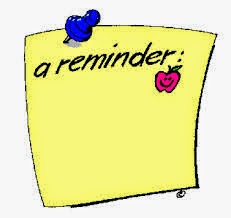 Check the Canadian Week in Review tomorrow morning for the latest in Genealogy, Heritage, and History news in Canada.

If you missed last week’s edition, it is at http://genealogycanada.blogspot.com/2014/08/canadian-week-in-review-11-august-2014.html

It has the most up-to-date news items covered History Week in Canada, Social Media, and Newspaper Articles.

It’s the ONLY news blog of its kind in country!

It has been a regular post every Monday morning since April 23, 2012.
Posted by Elizabeth Lapointe at 6:11 PM No comments:

An Act of Remembrance: World War I Publicity Posters at the Nova Scotia Archives 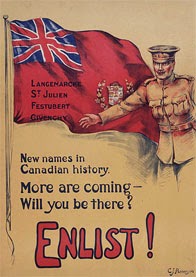 Before the advent of the radio, television, and the Internet, newspapers and posters were the way that people got their news.

During the First World War, colorful posters were produced, and soon appeared everywhere that people would see them.

At first, they were produced as a "call to action" by the government to encourage people to enlist, as 620,000 people eventually did, and then to build ‘public support for war industries, food production, and the sale of war or 'Victory' savings bonds.

To see the posters, go to http://novascotia.ca/archives/virtual/warposters/
Posted by Elizabeth Lapointe at 11:00 AM No comments: