“Father of Confederation” is born 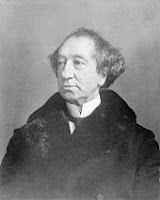 On 11 January 1815, John A Macdonald was born in Scotland, and in 1820, the family emigrated to Kingston, Ontario where they joined a number of family members, who had immigrated earlier.

He died in 1891 from the effects of a stroke, and was buried in Kingston.

Canadian held a number of birthday parties on Saturday, and one of them was held on the Natrel skating rink in Old Montreal on Saturday afternoon.

Read about it at http://montrealgazette.com/news/local-news/kilted-skaters-celebrate-sir-john-as-birthday-at-old-port-rink

On 13 January 1885, Alfred C. Fuller from Nova Scotia was born, and he started the Fuller Brush Company after he moved to Hartford, Connecticut in 1906.

It was a door-to-door company, and I remember as a child, salesmen coming to our house selling personal care as well as commercial and household cleaning products.

To see his home in Yarmouth, Nova Scotia, go to the shttp://www.yarmouthcountymuseum.ca/index.php/other-sites/pelton-fuller-house

For drivers heading down Highway 75 to the American border, there's one welcome sign they are headed in the right direction — a tiny white church perched between two lanes of high-speed traffic.

But how did it end up perched so precariously? The answer dates back to the days of steamboats and river travel.

Before the federal government accepts nominations for a new slew of UNESCO World Heritage Sites, the mayor of Lunenburg says it should provide more support for those it already has.

Rachel Bailey says Old Town Lunenburg's designation has been very much a blessing, raising the town's profile not only provincially, but nationally and worldwide.

The heritage trust trying to preserve the Glenaladale estate, built in the late 1880s in Tracadie Bay, has launched a Buy a Brick campaign to encourage Islanders to invest in the property.

The group says it has until March 31 to raise another $700,000 it needs to buy the three-storey brick home, which it hopes to turn into a small conference/ education centre.

Yes, it was just two years ago that P.E.I. wrapped up a year of exhaustive province-wide celebrations on which federal, provincial and municipal governments collectively spent $26 million and 161 community groups partied with the nearly $5 million from the P.E.I. 2014 Fund — so Islanders can be forgiven for a bit of dejà vu when they hear that Canada is celebrating 150 years of nationhood in 2017.

From the archives: Success of ice railway to South Shore in 1880 was short lived

It was one of the most bizarre rail accidents in Montreal’s history and also one of the least auspicious. Bizarre, because the rails were laid not on terra firma but on ice across the frozen St. Lawrence. And inauspicious, because the accident came on the very first day of operations that winter.

Throughout Canada's history, the industrious, humble beaver has gone from near-extinction at the height of the fur trade to becoming the official symbol of our nation.

Now, Canadian researchers are hoping that the furry rodent can also become a science hero by helping them better understand human disorders like autism.

Municipalities planning something special for this year’s Canada 150th celebration may be eligible for funding from Dufferin County.

Springwater is kicking off its Canada 150 Celebrations with a new art exhibit at the Township Administration Centre.

The Canada 150 Maple Leaf Mosaic was created by the BaySide Artists and features sixteen 12”x12” paintings of Canadian historical figures and events. The paintings are designed to be hung together as a mosaic of the Canadian flag, and each panel commemorates one aspect of Canada’s rich history from landmarks, to people, to moments in time.

Lt.-Gov. Janice Filmon is encouraging the public to nominate a worthy Manitoban who has provided prolonged and meritorious service in the preservation and promotion of Manitoba history for an award, presented in consultation with the Manitoba Historical Society.

The building which Le Musée de Saint-Boniface Museum currently occupies is 20 years older than Canada itself, and is the oldest building in Winnipeg. The building has a rich history, starting as the convent for the Grey Nuns in 1847, later serving as the first hospital in Western Canada.

Developed in close cooperation with the University of Alberta Libraries and the Arts Resource Center, the Digital Archive Project of the Canadian Institute of Ukrainian Studies (CIUS) aims to digitize, systematize and describe the core publications of the institute that have been produced over the last 40 years – essentially, since its founding in 1976.

Stettler’s history book in limbo due to lack of volunteers

When president of the P&H Elevator Preservation Society, Stan Eichhorn and Jack Schultze decided to initiate and back the project – intrinsic to many small communities in Alberta, a history book recording and documenting our town – little did they know some of the stumbling blocks they would be facing.

The East Coulee School Museum has received a grant that will help restore the roof of its building.

The East Coulee School Museum has been making steady progress in maintaining and refurbishing the recognized historical site. It was successful installing a new boiler to heat the facility and the next project for the organization is to replace the roof.

TO mark the 150th anniversary of Canada’s Confederation, the Province is launching a funding program to celebrate B.C. communities and their contribution to Canada. The Government of British Columbia will invest $8 million in museums and heritage sites throughout the province.

A "prestigious log house" and Dutch Colonial-style residence have been added to the City of Prince George's heritage register.

While the designation doesn't come with any protection for the buildings, it does draw attention to the homes' unique value, said Trelle Morrow, a retired architect and member of the Heritage Commission.

Taking a look at history of Okanagan soldiers

The Greater Vernon Museum & Archives’ first presentation of the 2017 Speaker Series is to be given by UBC Okanagan history professor Dr. Jim Wood.

Wood has taught history at several post-secondary institutions across Canada and is a well-published military history writer, as well as an Army reserve officer in the British Columbia Dragoons.

I must credit J Paul Hawthorne, a genealogist from San Diego, for bringing this phenomenon to my attention – Gretna Green Marriage Places for North Americans, on his site at https://www.facebook.com/jphawthorne?pnref=lhc.friends and it includes Canadians. This is something I did not know!

So you should check these places in the United States if you have people in your family that you can't find their marriage records, they may have been married in the states! 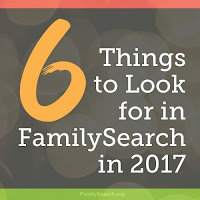 FamilySearch has great planes for 2017!

One of the six things to look for in 2017 will be “Over 330 FamilySearch digital camera teams worldwide will digitally preserve 125–150 million historical records in 2017 for free online access. Another 200 million images will be added from FamilySearch's microfilm conversion project that uses 25 specialized machines to convert its vast microfilm collection at its Granite Mountain Records Vault for online access. Over 30 percent of the 2.4 million rolls of microfilm have already been digitized and published online. The digital collections can be located in the FamilySearch catalog online and by perusing collection lists by location”.

And they are doing the passenger lists, border crossings, and naturalization petitions, and I am interested to see these records.

Be  sure to tell your friends about us!