Want to operate a lighthouse? Here’s your chance — with a tourism twist.

It has been four centuries since Samuel de Champlain landed at the site of what is now the Fort Point Lighthouse, and the Region of Queens Municipality is looking for an entrepreneur to welcome modern-day explorers to the historic Liverpool beacon.

Diving into the mysteries of WW II Bell Island shipwrecks

The Heritage Foundation of Newfoundland and Labrador is launching a folklore and oral history interviewing course to help those interested in conserving the province's untold history.

Nova Scotians have the chance to shape a collection of 150 artifacts from across the province, put together to represent our region’s history in 150 years of Confederation.

This uniquely Nova Scotian effort allows residents to curate a historical collection that truly represents who we are.

Time capsule to be 'a snapshot' of the Halifax Explosion

Ninety-nine years after the Halifax Explosion, with "virtually no survivors left," historian Janet Kitz wants people to bring forward their stories about the wartime accident that changed the city forever.

For the first time in its 198-year history, Dalhousie University in Halifax will offer a course about the black experience in Nova Scotia.

"Dalhousie really has never had a dedicated course to African-Nova Scotian history," said Isaac Saney, a Dalhousie history professor who developed, and will teach, the course.

Every year it’s a struggle for the Sydney Mines Heritage Society to keep its museums open, and this year is no different, according to curator Dr. Stuart Critchley.

ACOA and Heritage Canada are putting up money to build new infrastructure in P.E.I.'s Evangeline region in preparation for the coming of the World Acadian Congress in 2019.

Quebec diocese: On the cusp of change?

In many ways, the diocese of Quebec contains, in microcosm, the whole diversity of the Anglican Church of Canada, and the tensions and challenges that come with it.

While its headquarters are in Quebec City, the diocese includes the rural farmlands of the Eastern Townships, the fishing outports of the Lower North Shore, Gaspé and Magdalen Islands, the remote Naskapi community of Kawawachikamach in the northern part of the province, and the growing university city of Sherbrooke.

Insulin. The zipper. The telephone. The electric wheelchair. The pacemaker.

Canada has been at the forefront of some of the most important innovations in modern history. Also: Basketball.

It was Christmas morning near Ypres, and the men of the Toronto Regiment were waking up in their chilled, fetid trenches.

Swells of chlorine gas had floated across no man’s land a few days earlier. Shells and sharpshooters’ bullets before that.

But on this mild Christmas Day, there was only the sound of young voices singing “The Maple Leaf Forever” — in German accents.

The Huron made Huronia their home because it was a major crossroads in central North America. But they didn't blink at long journeys taken out of Huronia for trade, war, socializing, or diplomacy.

Our History: A recipe book for Christmas, with a dash of history

If you were looking for a Christmas present in 1954, one suggestion was a ring-bound recipe book, which also contained short histories of many Manitoba co-operatives.

History Matters: The baby in the Depression photograph

On Oct. 17, 2016, the Saskatoon StarPhoenix carried an obituary for 82-year-old Peter O. Fehr of Warman, Saskatchewan.

Peter might not have been widely known, but in June 1934, he was captured on film — in his mother’s arms — in one of the most famous photographs in Canadian history.

The Royal BC Museum and Archives invites submissions from First Nations community members from across British Columbia for the 2017 spring issue of Curious. 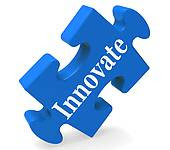 Louis Kessler, a Winnipeg genealogist and a DNA person, has invented a genealogy tool titled the Double Match Triangulator (DMT).

He explains it as a "combines two different people's Chromosome Browser Results files from FamilyTreeDNA to provide Double Match and Triangulation data that can be used to help determine genealogical relationships. It loads the results into an Excel file along with a colorful map that helps the researcher visualize the matches and help to identify Triangulation Groups made up of people who could share a common ancestor, helping you to map your DNA segments to your ancestors".

And he has successfully entered the RootsTech Imnovtation Summit, and last week was chosen one of the semi-finalists. Good luck, Louis, we hope you win!

The winners will be decided on Friday, February 10, 2017 and you can vote for the winner by using your phone.

For more information, go to https://www.rootstech.org/innovator-summit

To read more about Louis's innovation , go to
https://devpost.com/software/double-match-triangulator-dmtrs

To download a copy of his freeware program, go to http://www.beholdgenealogy.com/dmt.php 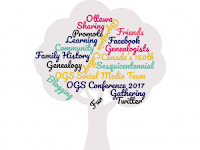 There are six more days till the end of December to take advantage of Ontario Genealogical Society's half-price 2017 membership drive. They are offering full membership at $31.50 CDN. A great membership deal you don't want to miss.

There are lots of extras –


If you want to become a member, go to https://www.ogs.on.ca/

(c)2016 All rights reserved.
Posted by Elizabeth Lapointe at 12:30 AM 4 comments: Links to this post