100th anniversary of the poem In Flanders Fields 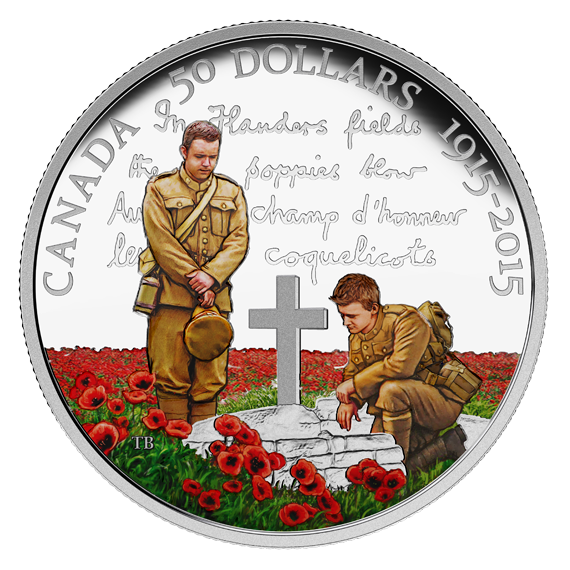 In Flanders fields the poppies blow
Between the crosses, row on row,
That mark our place; and in the sky
The larks, still bravely singing, fly
Scarce heard amid the guns below.

The year 2015 marks the 100th anniversary of the poem In Flanders Fields, which was written by Canadian physician Lieutenant Colonel John McCrae amid the horrors of the Second Battle of Ypres in May 1915.

The Library and Archives Canada (LAC) has honoured McCrae by releasing a blog posting  about the poem – how it was never really proven how it got printed in Punch in December 1915 (did he send it or someone else send it, for example).

The LAC has one of the copies on hand at the archives, and you can see the copy if you go to the blog at http://thediscoverblog.com/2015/04/30/100th-anniversary-of-the-composition-of-the-iconic-poem-in-flanders-fields/

You can visit the McCrae’s home in Guelph at http://guelph.ca/museum/?page_id=186plus, there will be a statue of him unveiled on June 25th in Guelph.

If you missed this week’s edition, it is at http://genealogycanada.blogspot.com/2015/04/canadian-week-in-review-27-april-2015.html
It’s the ONLY news blog of its kind in Canada!
It has been a regular post every Monday morning since April 23, 2012
Posted by Elizabeth Lapointe at 11:00 PM 1 comment: Links to this post