In 1899, the first 1,300 Canadian troops left Quebec City to fight with the British in the Boer War in South Africa.

To read a short history of Charles Tupper, go to http://en.wikipedia.org/wiki/Charles_Tupper


Hope Restored announced as theme for Heritage Week 2015
http://www.sackvilletribunepost.com/News/2014-10-31/article-3923363/Hope-Restored-announced-as-theme-for-Heritage-Week-2015/1
The theme for Heritage Week 2015 will be Hope Restored, in recognition of the 50th anniversary of Canada’s national flag, as well as the 50th anniversary of New Brunswick’s provincial flag.


(Press Release) Gilmour Hill to Be Open Year-Round
http://www.marketwired.com/press-release/gilmour-hill-to-be-open-year-round-1963240.htm
Gilmour Hill is a 1.1-kilometre steeply sloped path running through Battlefields Park between Champlain Boulevard and Québec's Upper Town. Built around 1910, the road was not designed for winter travel.

C.P. Champion: How the Crimean War of 1853 helped shaped the Canada of today
http://fullcomment.nationalpost.com/2014/10/28/c-p-champion-how-the-crimean-war-of-1853-helped-shaped-the-canada-of-today/
It was the world’s first “media war,” with extensive reporting on the battles, and therefore quite interesting to follow in the newspapers. Thousands of Canadians did exactly that.
Stratford, Ontario cenotaph gets security cameras to curb vandalism
http://www.sunnewsnetwork.ca/sunnews/canada/archives/2014/10/20141028-090506.html
City officials have installed three security cameras at the cenotaph in this southern Ontario town to help curb vandalism at the site.

http://www.winnipegfreepress.com/local/stories-in-the-stones-281037472.html?cx_navSource=d-tiles-2
Go along with the students of Iyvan Michalchyshynès social studies class as they tour a cemetery in the city.

Ancient Thule site in northern Manitoba still used by Kivalliq Inuit
http://www.nunatsiaqonline.ca/stories/article/65674ancient_thule_site_in_northern_manitoba_still_used_by_kivalliq_inuit/
Because of the abundance of animals, Hubbard Point, as it’s known in English, is a popular hunting ground and stopping point for Inuit on the west coast of Hudson Bay, an eight-hour boat ride south of Arviat, and just north of Churchill, in northern Manitoba.

World War II veterans gathered at the provincial legislature on Tuesday for the premiere of a video series documenting a special part of Saskatchewan and Canadian history.

Top 10 historic Canadian moments
http://www.mjtimes.sk.ca/News/Local/2014-10-26/article-3916768/Top-10-historic-Canadian-moments/1Canada has had its fair share of attention-grabbing moments, with many of them etched into the memories of Canadians far beyond when they occurred.

New memorial near Saskatoon honours First World War internees
http://ww1.canada.com/after-the-war/new-memorial-honours-first-world-war-internees
On Tuesday, that daughter, 69-year-old Pat Mialkowsky, helped helped unveil a plaque at the Saskatchewan Railway Museum commemorating the 8,579 Western Canadians of Eastern European and German descent who were interned during and after the First World War. A larger concrete memorial will replace it in the spring.

http://medicinehatnews.com/news/local-news/2014/10/31/citizens-of-burdett-fought-hard-in-first-world-war
When the call came to fight for King and Country, small rural communities in Alberta were on side, perhaps accounting for proportionately more soldiers than larger towns and cities, because of their close ties to Britain, says a historian.

http://www.theglobeandmail.com/news/british-columbia/spy-who-intercepted-nazi-communications-retired-to-saltspring-island/article21356839/
Records released by the British National Archives reveal the identity of the spy code-named Jack King as Eric Roberts, an unassuming banker who retired and came to Canada in 1956. He died on the island in 1972 at the age of 65.

Please use the blog archives link on the right side of this blog - choose the year, month, and day you wish to view the post. Here are links to a few of the archived postings -
This year is special since it honours the men and women who served in the First World War.

To get us started, I will be offering a contest which will involve your direct line Canadian ancestor who was involved in the First World War.

You will, of course, have to answer a skill-testing question which will appear November 5th.

Posted by Elizabeth Lapointe at 1:02 AM No comments: 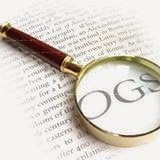 November is the beginning of the 2015 membership season for the Ontario Genealogical Society (OGS), and it is time every year when I take a look at my genealogical needs and budget for the next year.

To learn more about the benefits of membership, go to http://www.ogs.on.ca/joinogs.php

And there is news for renewing members who renew before Dec. 31, 2014 . They will be entered into a draw for $900 worth of courses from the National Institute for Genealogical Studies at http://www.genealogicalstudies.com/

To what societies are you planning to join.
Posted by Elizabeth Lapointe at 12:30 AM No comments: