For the next four years, the trees, buildings and cobblestone streets of Old Montreal will be lit with a series of projections inspired by the history of the city.

Visitors to Port-la-Joye–Fort Amherst National historic site in Rocky Point, P.E.I., will notice some improvements this season, as the park is undergoing $500,000 in upgrades.

Lennox Island - off the northwest coast of Prince Edward Island - is in a battle with the sea, and the sea is winning.

A bright red box in the shape of an over sized birdhouse sits attached to a tree in Bob Arseneault and Cindy Moyer's front lawn. The tiny library fits no more than 100 books, and the catalogue is constantly changing as people pick up a new favourite and leave behind something they've loved and want to pass on.

Famous Five activist Nellie McClung is the No. 1 choice to become the first Canadian woman on the face of one of the country's banknotes, according to a recent online survey.

Parks Canada says it will cost about $10,000 to repair damage caused by vandals at the Woodside National Historic Site in Kitchener overnight Sunday.

In total, 66 panes of glass were broken in ground floor windows.

The town of Kindersley is ready for an upgrade.

Kindersley Town Council has voted in favour of submitting a request to the provincial government to give the community city status.

A Cloverdale man is trying to reunite a lost wedding photo with its rightful owners.

George Bencze, a former photo technician at a Langley Shoppers Drug Mart, discovered the image sitting in the store's unclaimed pile more than three and half years ago and he's been hoping someone would return for it.

It's an apology more than a century in the making.

Nearly 102 years after the Komagata Maru sailed into Vancouver, Prime Minister Justin Trudeau will tomorrow (Wed) offer a full apology in the House of Commons for the government of the day's decision to turn away the ship, which was carrying hundreds of South Asian immigrants, most of whom were Sikhs. 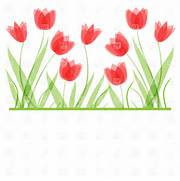 This weekend has been our first weekend of the summer, and since the weather was so nice, we were out enjoying it like the rest of our neighbors. So the CWR is very short this week.

Hope you enjoyed your weekend, and we shall see you next Monday.

(c)2016 All rights reserved.
Posted by Elizabeth Lapointe at 12:30 AM 2 comments: Links to this post