Q&A: What does an archive have for me? 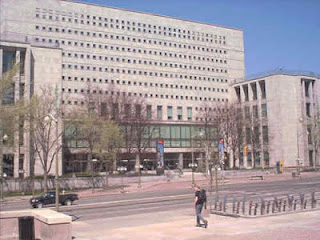 Tony Spears, a writer with the Ottawa Citizen, asked Dr. Ian Wilson, the former Head of the Library and Archives Canada, (he retired in 2009), and University of Toronto’s Wendy Duff - what do people want from an archives.

It seems that Wilson said it was genealogy related materials (for instance, like census, immigrant records), and Duff said local history is popular with people.

Dr. Wilson, who gave the 2012 Houston Memorial Lecture at the OGS Conference in Kingston last year, entitled In Reflections on Archivists and Genealogists, in which he took us “through his early years at Queen’s University, his career as the Provincial Archivist of Saskatchewan and Ontario, and describing his tenure as the National Archivist of Canada at Library and Archives Canada in Ottawa ..." is a good read. Families Vol 52 No 1

If you would like to read the Q & A, go to  www.ottawacitizen.com/What+does+archive+have/8522832/story.html#ixzz2WBy6jLYA

The website of the Ontario Genealogical Society is www.ogs.on.ca
Posted by Elizabeth Lapointe at 9:58 AM No comments: Did you know Nova Scotia manufactured its own car, the MacKay Touring Car, in   Kentville and later in Amherst, in 1911?

Or that the first Toyotas assembled in Canada was at Point Edward, Cape Breton?

It’s easy to see that “the automobile has had a significant impact on the Province of Nova Scotia over the last century”.

To celebrate this impact, the Provincial Government of Nova Scotia has proclaimed July as Automotive Heritage Month.

Hobby car clubs across the province will be celebrating during the month at show and shines across the area.

To see what the National Association of Automobile Clubs of Canada does, go to their website www.naacc.ca/home.html

To see a picture and short history of the McKay 7-seat touring car, go to
http://ns1758.ca/auto/automobiles.html


http://museum.gov.ns.ca/moi/en/home/collectionresearch/automobiles/mckay.aspx
Posted by Elizabeth Lapointe at 7:47 AM No comments: