The railroad spans the country 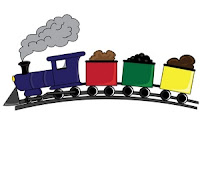 07 November 1885 – The government passed the National Transcontinental Railway Act, to giving the Grand Trunk Railway the right to expand into Western Canada, building a line from Moncton, New Brunswick to Quebec, and then to a point on the British Columbia Coast, which will be named Prince Rupert.

To read more about the railway, go to https://en.wikipedia.org/wiki/Grand_Trunk_Railway 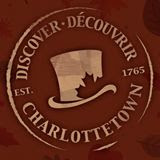 On 17 April 1855, Charlottetown was incorporated as a city, and on 01 July 1873, the island became a province in the country of Canada. 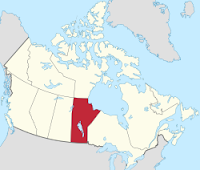 31 October 1869 – The Red River Rebellion occurred when Canada's Governor designate William McDougall receives a letter signed by the members of the National Committee of the Métis of Red River, ordering him not to enter the territory without the permission of the Committee.

This was done by the Métis in an attempting to force Canada to negotiate the entry of their territory into Confederation.

The headquarters of the National Committee of the Métis of Red River was in Pembina, Manitoba.

To read more about the Red River Rebellion, go to https://en.wikipedia.org/wiki/Red_River_Rebellion

The old town hall in St. Stephen could be getting a new purpose, after previously being considered for demolition.

Town council voted this week to move ahead with an agreement with the Moncton firm, Heritage Developments, to restore the national historic building.

A Memorial University archaeologist says the province should do more to protect the intangible cultural history of the area being flooded to create the Muskrat Falls reservoir in central Labrador.
Mapping out Gander's WW II history

As an aviation and military town, Gander is surrounded by airplane crash locations and other historical sites.

Some are easy to reach, such as the Second World War American Boeing B-17G crash site in the Thomas Howe Demonstration Forest. But unless you have some local knowledge, other spots are harder to find.

She was the first woman in Nova Scotia history to offer for the mayoralty of any town. Porter beat her male opponent by a two-to-one margin to become mayor of Kentville in 1946 and Eastern Canada's first female mayor. She was re-elected mayor, serving for 11 years, until 1960, when she became the first female MLA in the Maritimes, representing the constituents of Kings North.

History of the half hull

When is half of something worth more than the whole thing? It’s when that half is the model of a ship, mounted on a backboard, where the history of the ship is recorded.

Shipbuilding is one of the core historical elements here in Atlantic Canada. Wooden ships sailed to exotic ports of the world, with famous Nova Scotia sea captains at the helm.

HANTS COUNTY - Here's a look at what was making the news 35 and 50 years ago in the Hants Journal.

A pop-up museum at Acadia University in Wolfville brought together African Nova Scotians whose relatives went to the First World War.

In Saint John in Canada, Exploring the Legacy of the Loyalists

If you wanted to describe Saint John in just one word, I would suggest: pleasant. The city starts at Market Square, down by the harbo(u)r, which has been restored and repurposed à la South Street Seaport in New York or Baltimore’s Inner Harbor, and extends up a hill, the spine of which is King Street.

The Green Party leader is urging the provincial government to turn Founders Hall into a provincial museum.

Poppy campaign kicks off on P.E.I.

With some legions across Canada making the switch to collection boxes that are harder to steal, those on P.E.I. are sticking to the old ones, and hoping for a profitable poppy campaign.

October To Be Declared Hindu Heritage Month in Ontario, Canada

A bill to proclaim October as Hindu Heritage Month annually in Canada's Ontario province has been introduced in the provincial assembly.

Ontario is home to more than 700,000 Indo-Canadians

The ceremonial poppy pinning is an annual traditional for Branch 14 of the Royal Canadian Legion.

Veterans, both old and young, as well as dignitaries, kicked off the drive to officially launch the poppy campaign.

New book uncovers places left behind in Manitoba's past

A new book by Winnipeg historian Gordon Goldsborough takes the reader to places that few Manitobans have ever been — at least not anytime recently.

St. Boniface residents rally to preserve one of its oldest trees

The Brigade de la Rivière Rouge, a non-profit organization that commemorates the history and lifestyle of the Voyageurs, wants to see the tree saved or, failing that, turned into a commemorative tree sculpture.

Advocates are encouraging the public to come out for an open house in Glenora to urge government to save the old Royal Alberta Museum site.

Heritage Forward is a community-driven advocacy group that focuses on preserving heritage buildings in Edmonton.

U of A finds lost treasure in its vaults

It is a book of remarkable beauty — and unspeakable evil.

It’s testament to timely artistry, and to the eternal dangers of hate and fear.

Friends of the Archives let history be their guide

I (Patrick A. Dunae) recently became president of the Friends of the British Columbia Archives. It’s a non-profit society that aims to foster awareness and appreciation of the B.C. Archives and the documentary heritage of our province.

B.C. Archives the place to go in search for family history

After his marriage failed, my great-great-grandfather, John Montgomery, headed west from Manitoba, and picked up a large farm about five kilometres straight south of Fort Langley. He farmed there for a decade, until his death in 1900.

Two Vancouver-area fabric artists are reeling after a number of their expensive works were stolen from a Vancouver church.

In 2012, the First Peoples’ Cultural Council reached out to Jack Lohman at the Royal B.C. Museum after reading an article in this newspaper in which he talked about how he had been drawn to B.C. and the role of CEO at the museum as a result of his interest in First Nations culture and heritage.

Creating a Punjabi Canadian Legacy Project in B.C.: Please work with us

THE Royal BC Museum (RBCM), as the provincial museum and archives, is committed to preserving, exploring and sharing the history of all British Columbians.

Cyril Pierre, 68, whacks a picnic table with a heavy leather strap. The sharp noise startles the dozens of teachers, youth workers and local politicians gathered before him.

The group is taking part in a tour of St. Mary's Indian Residential School in Mission, B.C., built in 1863.

It’s not the worst maritime disaster in world, or even Canadian history, but it certainly is among the most tragic.

Over 344 people lost their lives, and knew for a day and half, waited for help that they could see, but that could not help rescue them from the icy Pacific water. 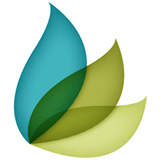 About two weeks ago, Legacy Tree asked their Facebook friends to send in a question to their first ever DNA Q & A which was to premiere on Saturday, 29 October 2016.

I entered my question on behalf of my readers 'What would you suggest as the first DNA test to take' and it was answered by DNA expert Paul Woodbury very nicely. Mine is the last question asked, under my first name, Elizabeth.

2017 will be a great year to belong to the Ontario Genealogy Society (OGS), because there is going yo be lots of exciting events that we can take part in during Canada's 150 birthday. The conference will be held in Ottawa next year, and it sounds exciting.

And they have something new this year called Help us Grow our Family!

They are asking you to think about a friend, colleague, neighbour, or cousin who isn’t currently a member of The Society, and ask them if they wish to join at a reduced fee.When they agree, you can go to the Membership Renewal page, push the button that says Click here for “Grow our Family” discount, and enter the name of your recruit into the box which says “I encouraged someone to become a new OGS member”.

That’s all you need to do. The fee box will automatically calculate the discount when it processes the payment. The discount has a value of $31.50 – 50% of the OGS Individual Membership fee. So you can go to https://www.ogs.on.ca/ to join or renew. 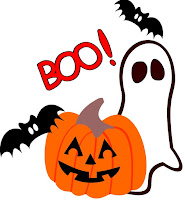 And have a wonderful Halloween!


Sponsored by Elizabeth Lapointe Research Services. To learn more about the research services offered by ELRS, go to www.elrs.biz