There is none available this past week.

My Ain Folk The Faunt & Fants of Ireland  http://myainfolkfantofireland.blogspot.com The blogger’s family were mostly in Cork/Tipperary/Limerick for 600 years when they left Ireland in 1869 and came to New Jersey. Other lines ( Fant) are in Colonial Virginia c. 1671 and Canada and Australia ( Font and Faunt) Few are left in Ireland.

At Park Canada, they have over 40 videos to view, and over 4,000 people have spent time at this site.

Some of the videos are not what you would expect to see, but they are interesting, nevertheless.

An example is the Whitewater German Prisoner of War Camp, The Vikings of L’Anse Aux Meadows, and The Battle of Fort George.

They are available at http://www.pc.gc.ca/media/index_e.asp
Newspapers

'Lest We Forget' - launched at Algoma U www.sootoday.com/content/news/details.asp?c=57444
A new collection, the "Lest We Forget" Remembrance and Military Library (LWFRML), which houses a special collection of books focusing on Canada's vast military history and peacekeeping activities is now at Algoma University at Sault Ste. Marie, Ontario.

Rescued murals now at U of S: Saskatoon's Perehudoff paintings on display http://www.cbc.ca/news/canada/saskatoon/story/2013/05/29/saskatoon-mural-130529.htmlMurals that William Perehudoff painted at the now demolished Intercontinental Packers building are on display at the University of Saskatchewan. Art historians painstakingly removed the murals before the building was torn down.

Canadian history on a brick wall: Three cameras will synchronize for War of 1812 video screening www.winnipegfreepress.com/our-communities/metro/Canadian-history-on-a-brick-wall-209257921.html A free showing of Flames of War — An 1812 Experience will take place at The Historical Museum of St. James-Assiniboia on Sat., June 8 at  3180 Portage Ave, Winnipeg.

Irish delegation coming to West Prince (Prince Edward Island) www.journalpioneer.com/News/Local/2013-05-23/article-3257682/Irish-delegation-coming-to-West-Prince/1The Tignish Municipal Council and the Irish Heritage Festival committee meant with a delegation from County Monaghan, Ireland during the last week in May.

The lonesome beauty of Nova Scotia’s Eastern Shore: The coast between Halifax and Cape Breton is rugged, rich in history and largely unexplored www.montrealgazette.com/travel/lonesome+beauty+Nova+Scotia+Eastern+Shore/8425394/story.html Follow along with Elin Miller as she travels Route 7 along the Atlantic Coast of Nova Scotia.

Pictures and Story of the Week 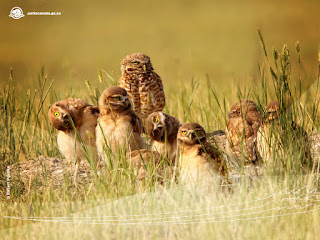 Have you decided where you are going on vacation this year? Ever thought about our national parks, and what Canada Parks have to offer?

The 2013 season, called Reboot, Escape, Discover, they have many programs that you can visit at their National Parks of Canada, National Historic Sites of Canada, or at National Marine Conservation Areas of Canada.

The site where you can visit is at www.pc.gc.ca/eng/index.aspx

The next Canadian Week in Review will be issued Monday June 10, 2013
Posted by Elizabeth Lapointe at 1:30 AM