This was the massage sent to Canadian Reginald Fessenden, as they were the first words ever transmitted by radio from a site on Cobb Island in the middle of the Potomac River, near Washington.

It was six years later, after much fine-tuning, that radio's potential was demonstrated. Fessenden presented radio's first program on Christmas Eve 1906, from Boston.

For more information, go to https://en.wikipedia.org/wiki/Reginald_Fessenden 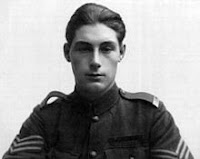 In 1918, Pte. Thomas Ricketts of the Royal Newfoundland Regiment became the youngest soldier ever to be awarded the Victoria Cross for bravery in battle. The 17-year-old was decorated for running through enemy fire to get vital ammunition during the Allied advance through Belgium during the recently-ended First World War.

For more information, go to https://en.wikipedia.org/wiki/Thomas_Ricketts

Join David Farrell as he explores the special bond between our country and Nova Scotia in a Journey to New Scotland this January 3 on STV.

It is only a set of faded and stained mauve-striped men’s pyjamas.

Displayed inside a glass case at Halifax’s Museum of Immigration at Pier 21, exactly as worn a century ago.

The clothes that represent the living — of which there were very few — on the foggy early morning of May 29, 1914.

International Genealogy Conference UNLOCKING THE PAST 2016 will be held on
Saturday, April 23, 2016 at the The Beach Club Resort, Parksville, British Columbia of the Qualicum Beach Family History Society in British Columbia.

A group of former Mounties on P.E.I. who take care of the gravesites of deceased members has now located the graves of all those who have died over the past century.

The RCMP Veterans' Association of P.E.I. maintains 100 headstones in 45 graveyards across the province.

While it is has become more widely accepted that the Norse visited the North American continent about 1,000 years ago, according to Smithsonian Magazine, Johannessen and researcher J. Hutton Pulitzer believe that Romans may have visited even earlier. Pulitzer believes that a known, but unexplored, shipwreck near Oak Island has Roman origins.

A Christmas tradition involving two families, one Christmas card and 72 years of mail delivery shows no signs of stopping, at least for another generation.

The 1917 explosion in Halifax that reverberated in Boston

A massive explosion on the waterfront had rocked the city on December 6, 1917. The event is recorded in photographs, letters and documents at the Nova Scotia Archives.

The town of Amherst has decided to delay the demolition of the former BMO building to give the Nova Scotia Heritage Trust time to come up with a sustainable plan.

Emma and Liam were the most popular names of 2015 chosen by Canadian parents, but names like Nova, Taylor, and even Legend are all gaining fast, according to a website that tracks baby names.

An Anglican congregation that's called west Ottawa home for more than a century is celebrating its final Christmas this month.

St. Matthias Anglican Church on Parkdale Avenue is expected to close in February, as declining attendance numbers are forcing parishioners to merge with another Anglican church in Westboro.

A momentous Canadian human rights milestone will take place on Jan. 28, 2016: 100 years ago on that day, Manitoba women were the first in Canada and the British Commonwealth to be awarded the right to vote and to hold provincial office.

Saskatoon Club steeped in history, focused on the future

The names on the Saskatoon Club’s founding document — Sutherland, Clinkskill, Ashworth and others — are now familiar as streets and avenues rather than people. But the 108-year-old club they built remains.

A history worthy of preservation

To preserve our heritage, we must first know what we have that’s worth preserving.

That’s the basic concept behind Saskatoon’s Register of Historic Places, a list constructed over the course of three years and formalized by city council in October.

From the latter part of the seventeenth century, the Peace River has been known as a wide and kind waterway. Alexander MacKenzie wintered just above the present town of Peace River, and in the following May of 1793, pushed his birch bark canoes up the Peace and across the divide until he discovered Canada’s Pacific Coast.

Each December, the 2277 Seaforth Highlanders Army Cadets Corps re-enacts the famous Seaforth Regiment Christmas meal enjoyed by Canadian soldiers in Italy during the Second World War, as a fierce battle waged all around them.

The Prince George Citizen is looking to 2016 to finish the newspaper's digitization project current, which was started in 2007 by the Prince George Public Library. Right now, the online accessible digital archive on the library's website covers the paper from 1916 to 1991. 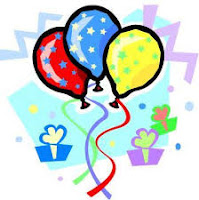 It has been our please to bring to you the stories which have made genealogy, heritage and history news in Canada every Monday morning with the Canadian Week in Review (CWR) since April 2012.

And, we will celebrate the 8th blogiversary of our blog on January the 2nd, and it has been a busy, but rewarding time.

So as we count our blessing for 2015, we hope that 2016 will be a happy, healthy time for everyone, and that your interest in the news will continue to be as exciting as it has been for us.

And that was the week in Canadian news!
Posted by Elizabeth Lapointe at 12:30 AM