In 1765, the first agricultural exhibition in Canada was established at Windsor, Nova Scotia.

For more information, go to http://hantscountyex.com/our-history/ 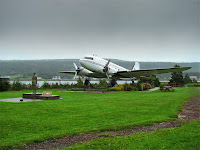 In 1932, Amelia Earhart became the first woman to fly solo across the Atlantic Ocean. She landed in Northern Ireland about 15 hours after leaving Harbour Grace, Newfoundland.

For more information, go to http://en.wikipedia.org/wiki/Harbour_Grace 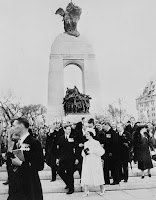 For more information, go to http://en.wikipedia.org/wiki/1939_royal_tour_of_Canada

(Audio) Police discover Ontario man used identity of B.C. boy who died in 1970s.
http://www.cbc.ca/news/canada/toronto/police-discover-ontario-man-used-identity-of-b-c-boy-who-died-in-1970s-1.3083234
Police say a Caledonia, Ontario man who disappeared in 1992, took the name of a dead boy and lived under the assumed name until his death 10 years later.

End of a legacy
http://www.gfwadvertiser.ca/News/Local/2015-05-18/article-4150342/End-of-a-legacy/1
Many locals have expressed displeasure bordering on disgust over the recent decision to close the Logger’s Life Museum in Grand Falls-Windsor.

From our archives: Terry Fox welcomed to Halifax 35 years ago
http://thechronicleherald.ca/novascotia/1287305-from-our-archives-terry-fox-welcomed-to-halifax-35-years-ago
Thirty-five years ago, on May 20, 1980, Terry Fox was welcomed at Province House in Halifax during the Nova Scotia portion of his now-iconic Marathon of Hope.

St. Andrews creates heritage bylaws
http://www.cbc.ca/news/canada/new-brunswick/st-andrews-creates-heritage-bylaws-1.3080385
The Town of St. Andrews is steeped in history, but there aren't a lot of rules in place to protect the town's heritage.

Harper Government Officially Launches the Reconstruction of the Voltigeurs de Québec Armoury
http://www.digitaljournal.com/pr/2558596#ixzz3agMWxzWU
The federal government has awarded a contract evaluated at $72.7 million to Pomerleau Inc. for the reconstruction and expansion of the Armoury. The building will be reconstructed according to the design unveiled by Prime Minister Stephen Harper in 2012. It is anticipated that the reconstruction will be completed by summer 2017.

Toronto's Maple Leaf Forever tree on tour with Blue Rodeo, Tragically Hip
http://www.cbc.ca/news/canada/windsor/toronto-s-maple-leaf-forever-tree-on-tour-with-blue-rodeo-tragically-hip-1.3078035
Part of the tree that is said to have inspired the song The Maple Leaf Forever, unofficially considered Canada's first national anthem, is now on a pair of rock and roll tours.

TORONTO ROOTS: Tracing Casa Loma’s builder using the census, from ‘toddler to castle dweller’
http://www.insidetoronto.com/news-story/5635148-toronto-roots-tracing-casa-loma-s-builder-using-the-census-from-toddler-to-castle-dweller-/
Census records are snapshots of entire households and communities on a particular day in history, and are key resources for family historians.

Explore the University of Manitoba Archives
http://www.winnipegfreepress.com/our-communities/souwester/correspondent/Explore-the-University-of-Manitoba-Archives-304296701.html
Thirty thousand rare books. The 1930s to 1980 "morgue files" of The Winnipeg Tribune. Back issues of The Brown and Gold, the university’s yearbook, and The Manitoban, its official student newspaper. The Hamilton Family fonds. Digital archives.
These are some of the offerings in the University of Manitoba Archives & Special Collections on the third floor of the Dafoe Library at the Fort Garry Campus.

Ground breaks for Saskatchewan aviation museum
http://globalnews.ca/news/2006365/ground-breaks-on-sask-aviation-museum-and-learning-centre/
Construction is planned for this summer, with the museum expected to be open next spring.

Asay making history at Pan Am Games
http://www.princegeorgecitizen.com/sports/asay-making-history-at-pan-am-games-1.1938580
Women's baseball will be part of the Pan Am Games in Toronto for the first time, and Prince George will have another reason to cheer on Team Canada.

This week, there are a number of stories trending across the county -

There was a recent presentation series on the Sanctuary Project (whose full name is Sanctuary: The Spiritual Heritage Documentation Project). The main focus has been documenting sacral culture on the Canadian prairies for the past six years. This project is part of the series, Canadian Institute of Ukrainian Studies (CIUS).

The team travels the Canadian Prairies visiting parishioners and collecting interviews, recording information about ritual practice such as the celebration of weddings and baptisms, and important holidays such as Christmas, Easter, and feast days of a church’s patron saint.

So if you want to get in touch with them, their email is hcoleman@ualberta.ca

The year 2015 is marking the 200th anniversary of the arrival of black refugees to the city of St John, New Brunswick.

They lived there, and when they died, they were placed in the Black Settlement Burial Ground, which was located in the area where there was also a school and a church for the black community.

To look at the video, go to http://www.cbc.ca/news/canada/new-brunswick/black-settlement-burial-ground-upgrades-will-start-in-june-1.3082829 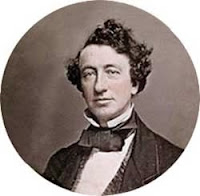 Lastly, this week news come to us that Picton, Ontario is undertaking The MACDONALD PROJECT in which a bronze statute of Sir John Macdonald, the first prime minister of Canada , will be unveiled on Canada Day July 1st, 2015.

He was a young lawyer in Picton (1833-1835) before he went back to Kingston, and later as the prime minster in Ottawa.

To see what the town of Picton has planned for the July 1st weekend, go to http://www.macdonaldproject.com/

Research Tip! If you have ancestors from many places across Canada, a good place to start researching is Dave Obee's site at http://www.cangenealogy.com/ called  CanGenealogy.

If you missed this week’s edition, it is at http://genealogycanada.blogspot.com/2015/05/canadian-week-in-review-18-may-2014.html

It’s the ONLY news blog of its kind in Canada

Need To Boost Your ClickBank Traffic And Commissions?