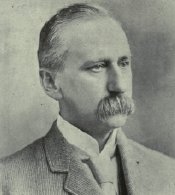 Ganong Bros., Limited is Canada's oldest candy company. It was founded by James and Gilbert Ganong in 1873 in St. Stephen, New Brunswick. It is a producer of boxed chocolates,

Gilbert W. Ganong patented a process for imprinting the bottom of individual chocolates with a wordmark. Each hand-dipped chocolate bears the initials “GB”.

For more information, go to https://ganong.com/our-sweet-story/ 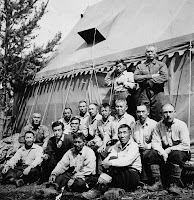 All Japanese men between 18 and 45 were to be temporarily moved from Canada's west coast to further inland to work on road camps in British Columbia's interior, or to agricultural projects in the prairies.

Each adult was permitted to take 150 pounds of clothing, bedding and utensils. Other property, including homes, businesses, fishing boats, cars, and personal possessions, was sold.

For more information, go to https://en.wikipedia.org/wiki/Japanese_Canadian_internment

Sine 1996, every second year, the Kelowna and Distinct Society of Kelowna, British Columbia, has a large conference entitled Harvest Your Family Tree.

This conference is a three-day event which will be held this year from Sept. 26 to 28 in Kelowna, and the speakers will be from eight keynote speakers are coming from as far as Australia, Rhode Island, Salt Lake City, Regina, and Victoria, including Dave Obee from British Columbia, Maureen Taylor from the United States, and Helen V. Smith from Brisbane, Australia.

Registration forms will be available from the kelowna & District Genealogical Society website at www.kdgs.ca, printed forms at the KDGS Genealogical Reference Library, located on the second floor of the downtown branch of the Kelowna Library on Ellis Street, and you can contact them by email at conference@kdgs.ca, or call 250-763-7159.

In the 25 years since he bought a farmhouse on Manawagonish Road in Saint John that was destined for demolition, Petr Smit has learned to do whatever it takes to restore the 200-year-old property.

A Nova Scotia aboriginal band is drafting ambitious plans to rebuild a community on the site of a Mi'kmaq village that was obliterated by the Halifax Explosion nearly a century ago.

The Mi'kmaq called it Turtle Grove.

He’s more known for the telephone, but on February 9th, 1909, inventor Alexander Graham Bell was a driving force behind the first powered flight of a heavier-than-air plane in the British Commonwealth.

Dal student tour to shine a light on history of Africville

Dalhousie professor Barb Hamilton-Hinch has been taking her students to visit the lands of the former community of Africville on the northernmost tip of the Halifax peninsula for about five years now.

Seventy years after Viola Desmond took a stand by taking a seat in the whites-only section of a Nova Scotia movie theatre, it was announced on Thursday her name will be plastered on the newest Halifax Transit ferry.

Call it a museum makeover.

The textile collection of the P.E.I. Museum and Heritage Foundation is getting a makeover thanks to RE-ORG Canada, a program that aims to help maximize storage space and make artifacts easier to find.

The annual fair to share information about the region's heritage and history was held in Market Square Feb. 20.

The village of St. Martins is trying to raise the money to buy back a significant piece of its history.

They have obtained the first right of refusal on an original figurehead from the Prince Victor, one of roughly 700 ships built in St. Martins in the late 1800s.

Rachel Zellars, a Phd candidate in McGill University‘s Faculty of Education, launched a campaign last summer, to have 11 locations in Quebec that have the word “Nigger” or the French word “Negre” in the title, changed.

The recent discovery of the British Methodist Episcopal Church — once the center of Black religious and political life in Toronto for over 100 years — is a reminder that Black history in Canada is also Black history in the United States.

Bringing the past into the present and sharing it one tale, talk or tour at a time – for area historian and author Chris Carter, this is his passion.

Four hundred Gananoque residents made a little bit of history.

They each painted a four-inch-square tile that was pieced together with the others to form an eight-foot mural representing Gananoque in the Canada 150 Mosaic Mural project to celebrate the nation’s 150th birthday.

The Saskatchewan Genealogical Society has been putting on the Preserving Your Family History: Digital Storytelling Workshop across the province for the past few weeks. They are led by freelance journalist and facilitator Evie Ruddy.

A group hopes to have the Wanuskewin Heritage Park in Saskatoon designated as a United Nations World Heritage site.

Chief Felix Thomas of the Saskatoon Tribal Council says to achieve that goal the park will need to expand and be improved.

Two Grande Prairie residents have had the question, "Who do you think you are?" answered.

Radio personality Paul Ouellette and Archbishop Gerard Pettipas of the Archdiocese of Grouard-MacLennan each received thick binders detailing the history of their respective families Saturday.

The Ontario Genealogical Office (OGS) will be moving in less than two week from downtown Toronto to the northend of the city. The moving date will be March the 10th.
They have always been in downtown Toronto ever since I have been a member, so this will be something new for everyone. The site is near the Archives of Ontario, which is an added plus.
To help with the move, the OGS has two people from the Halton-Peel Branch to help out with the move - Fran Murphy, the past Chair of the Halton-Peel Branch, will be the "cull team leader" who will prepare the OGS deposit library collection for its move from the North York Central Library to the Toronto Reference Library, and Coral Harkies, the Branch Secretary of the Halton-Peel Branch, will be the new Administrative Coordinator at OGS when they move to their new offices at 2100 Steeles Avenue in early March.
As of March 10th, the address will be 2100 Steeles Ave., Unit #202, Concord, ON L4K 2V1
RootsTech in Canada

Why don't more LDS churches put this type of thing on in Canada?
The Halton-Peel OGS is invited to attend the viewing of their favourite workshops from the 2016 RootsTech Conference in Salt Lake City.
It will be held on Saturday, March 19, 10 am to 3 pm. 10062 Bramalea Road, Brampton, Ontario. There’s no charge, but please register since we’ll be providing a light lunch.
You can register at FHW2016.eventbrite.ca, or you can call Helen Warner, Public Affairs Director--Brampton, Mississauga & Toronto West, The Church of Jesus Christ of Latter-day Saints at 905-793-3675.
And the Family Search Library in Salt Lake City has released their March programme of Webinars that you can watch – for free of charge. To view Webinars, you can be viewed online through FamilySearch.org.
They have Webinars cover everything from Spanish, English, Portuguese, Italians, and the United States Records.
I watch them on a regular basis, and find them quite good.
Webinars can be accessed by going to FamilySearch.org; click on Search; select Wiki. Type Webinars and choose the top entry. Click on 1.1 Monthly Class Schedule, then the name of the month; scroll to find the desired class.
And that was the week in Canadian news! 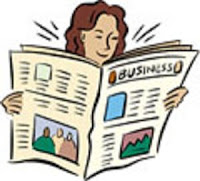 This e-newspaper has been published since April 2012!
Be sure to tell your friends about us.
If you would like to subscribe, please send your email to genealogycanada@aol.com
Publishers Elizabeth and Mario Lapointe
Sponsored by Elizabeth Lapointe Research Services. To learn more about the research services offered by ELRS, go to www.elrs.biz