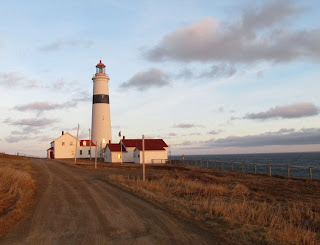 Point Amour Lighthouse (Newfoundland and Labrador) has been designated as a heritage lighthouse under the Canadian Heritage Lighthouse Protection Act. (CNW Group/Parks Canada)

The Honourable Leona Aglukkaq, Canada's Environment Minister and Minister responsible for Parks Canada, has designated an iconic landmark of Newfoundland and Labrador, the Point Amour lighthouse, as a heritage lighthouse under the Canadian Heritage Lighthouse Protection Act (HLPA).

The HLPA, which was adopted in 2008, allows for the protection of federally-owned lighthouses on Canada's coastal and inland waters that have significant heritage value. Administered by Parks Canada, the HLPA helps ensure Canada's maritime history is protected for the benefit and enjoyment of present and future generations.


Point Amour Lighthouse is the tallest in Atlantic Canada, and the second tallest in the country.

Located at L'Anse Amour, on the Strait of Belle Isle, this lighthouse was built in 1857 to increase the safety of transatlantic shipping.

The lighthouse is associated with the most famous marine disaster in the history of the Strait of Belle Isle, the wreck of HMS Raleigh, a British warship, in 1922.

The Government of Newfoundland and Labrador has agreed to acquire this lighthouse and protect its heritage character.

There are two sitye you may like to check, and they are

Designated Lighthouses http://www.pc.gc.ca/eng/progs/lhn-nhs/pp-hl/page01.aspx
Posted by Elizabeth Lapointe at 9:23 AM