D-Day Live: The historic invasion in real time on the CBC 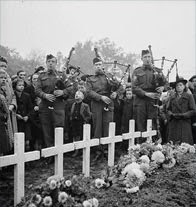 Today is the 70th Anniversary of D-Day, and CBCNews.ca has re-imagined how the events of that historic day would have been reported if Twitter been around at the time. Relive history through a real-time recreation

To take part in this recreation, go to http://www.cbc.ca/news2/interactives/d-day-live/desktop.html

Meanwhile, the Library and Archives Canada has an expanded version of the Service Files of the Second World War – War Dead, 1939-1947 Database onsite.

Go to http://www.bac-lac.gc.ca/eng/discover/military-heritage/second-world-war/second-world-war-dead-1939-1947/Pages/files-second-war-dead.aspx
Posted by Elizabeth Lapointe at 5:26 AM No comments: Links to this post 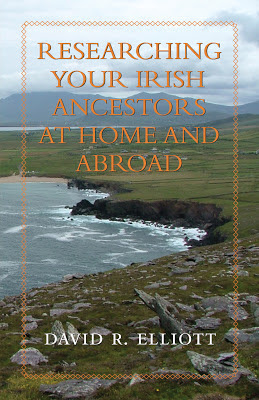 Almost 1.2 million Irish immigrants arrived in Canada from 1825 to 1970. By 1867, they were the second-largest ethnic group in Canada and comprised 24% of Canada's population. About one-half settled in Ontario. One-third was Catholic, and two-thirds were Protestant.

While many immigrants came as farmers with such settlement schemes as cheap (or free) land, some of the immigrants came to work on the infrastructure of the country, such as canals, roads, railroads, and in the lumber industry in Ontario.

I have been reading the new book, Researching Your Irish Ancestors at Home and Aboard by OGS member Dr. David R. Elliott, and have excerpted a part of it in the May issue of Families, of which I am the editor.

This book is written from the point of view of getting your research in order at home before going to conduct research in Ireland.  By using, the approach outlined in the book, it should give the researcher a degree of satisfaction in finding your Irish roots.

This book can be purchased at the Ontario Genealogical Society at http://ogs.on.ca/ogscart/index.php?main_page=product_info&products_id=1502&zenid=aq9j832c6ok4khsr02obnar5b6

To refresh your knowledge of the Irish in Canada, you can go to the Library and Archives Canada at www.collectionscanada.gc.ca/genealogy/022-905.005-e.html
Posted by Elizabeth Lapointe at 9:33 AM No comments: Links to this post